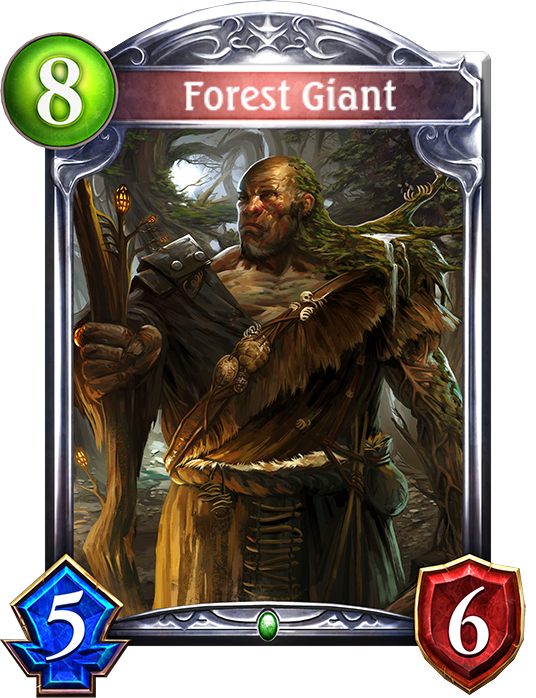 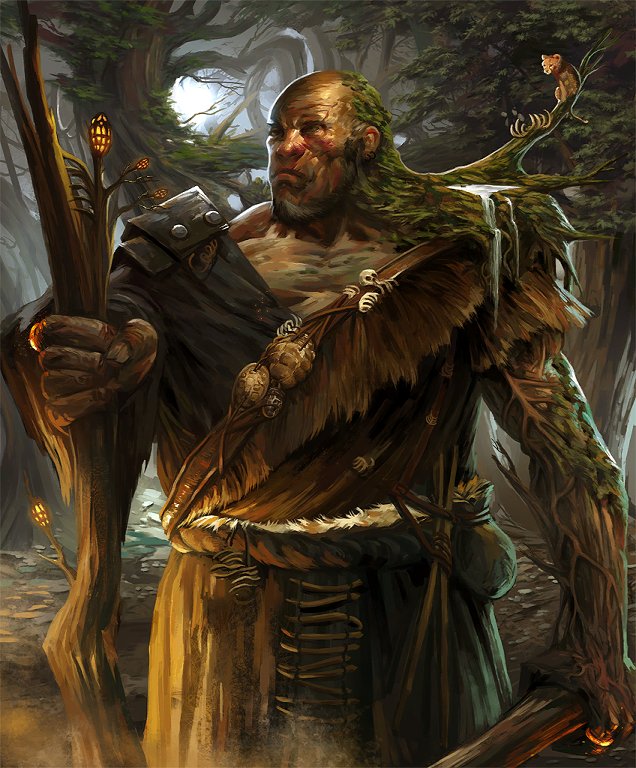 Base:Stats: 5/6
Effect: Fanfare: Deal X damage to an enemy follower. X equals the number of other cards in your hand.
Evolved:Stats: 7/8

Base Flair
A young giant was separated from his herd and raised in the grace of the great trees until one day he found he'd become the forest's watchman. He now carries a staff cut from his mother tree and pulverizes invaders with a single blow.

Evolved Flair
Routed by the giant, the invaders roused a band of soldiers to counterattack. But the giant, a friend of the forest, was aided by enough animals to overcome the militia. With his trusted friends, the giant turned back the trespassers once more.