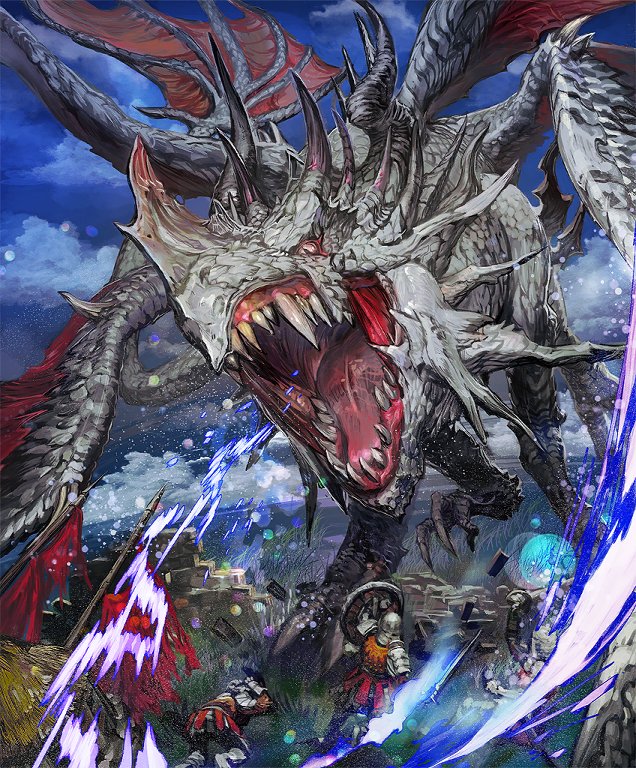 Base Flair
For the dragon it was but a show of strength, an attempt at intimidation. But for the humans it was an apocalypse on a nearly incomprehensible scale.

Evolved Flair
The dragon's wrath carved through the land, warping iron as though it were clay. Humans have no choice but to flee in fear when encountering such a force.