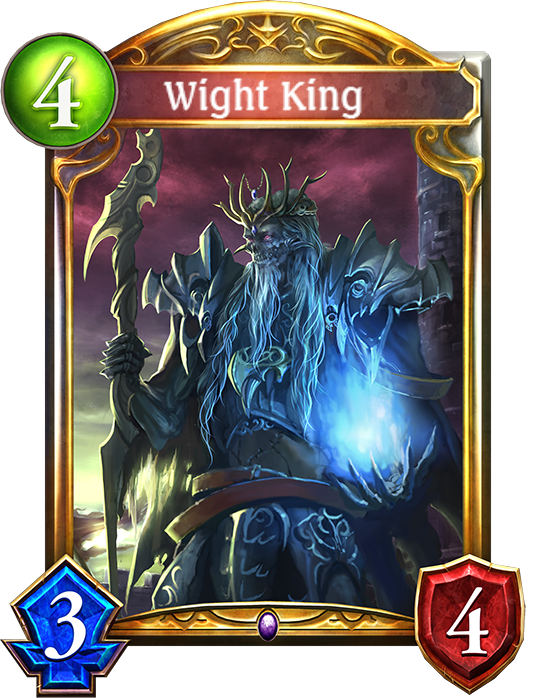 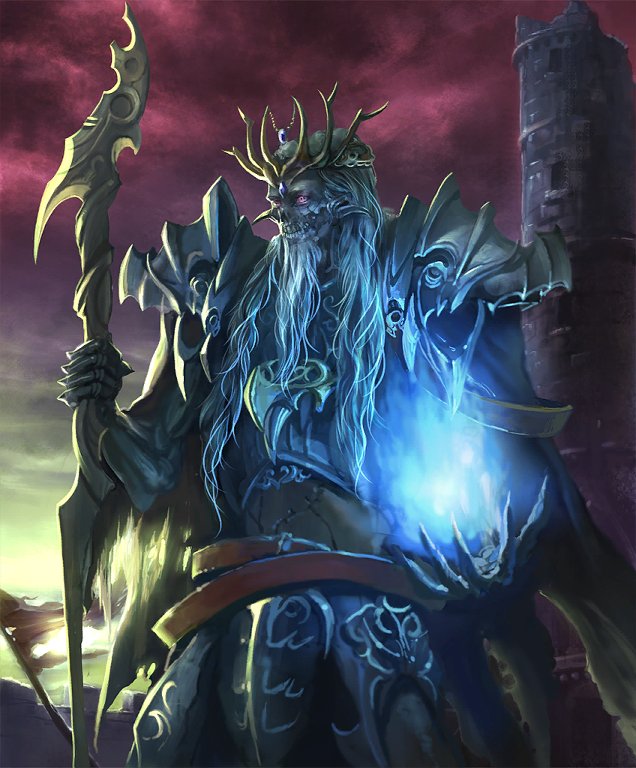 Base Flair
The ruler of the Land of the Dead, a king with countless underlings. He has raised an army of undead warriors to protect the dead from the arrogant meddlings of the living—all in the name of having respect for death.

Evolved Flair
Some believe life is sacred. Others prefer death. The wight king seeks to squash the arrogant living to defend those who would live while dead. His ambition is to fill the world with the dead, and he will not stop until he is done.