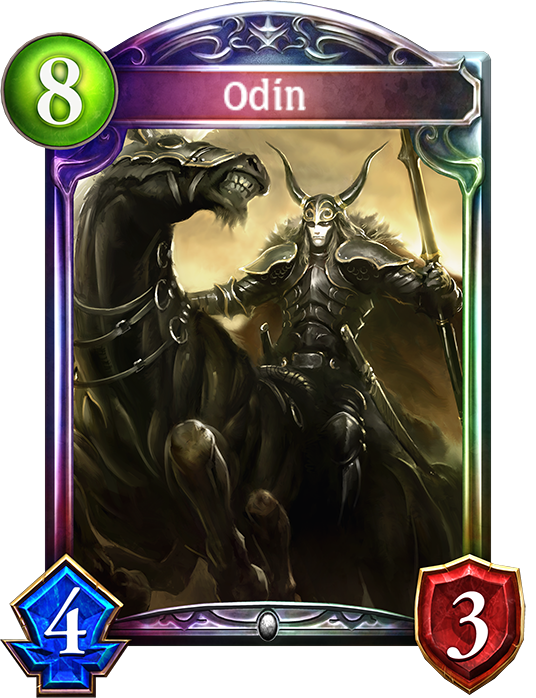 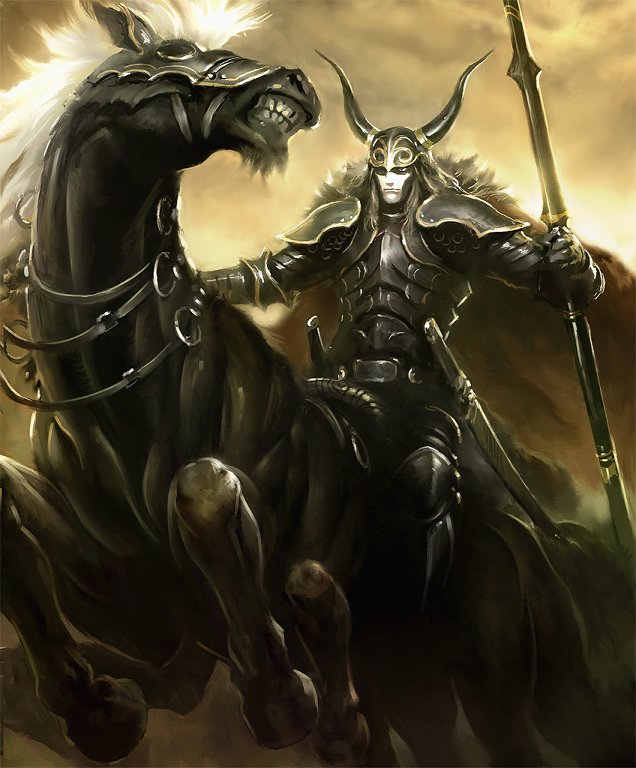 Base Flair
Odin, the greatest of the gods, presided over matters of battle. From his lofty palace in Asgard, he sought to conquer the world.

Evolved Flair
As the twilight begins to fall for the gods, their one-eyed father fought in the battle at Vigrid, clad in jet black armor and armed with a peerless spear.