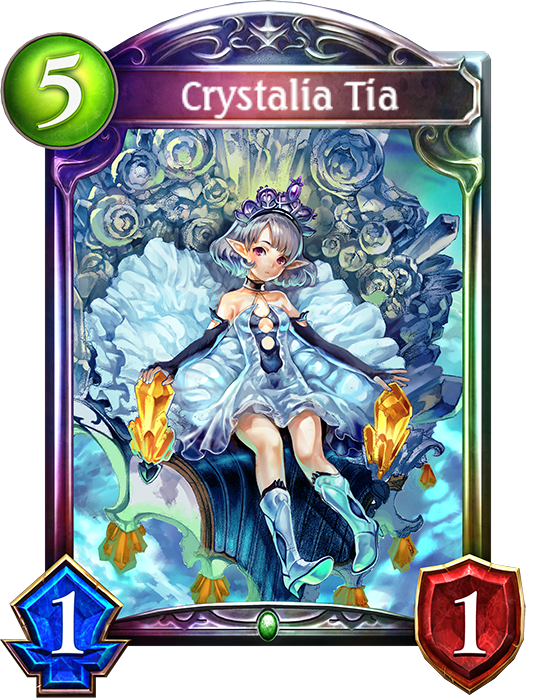 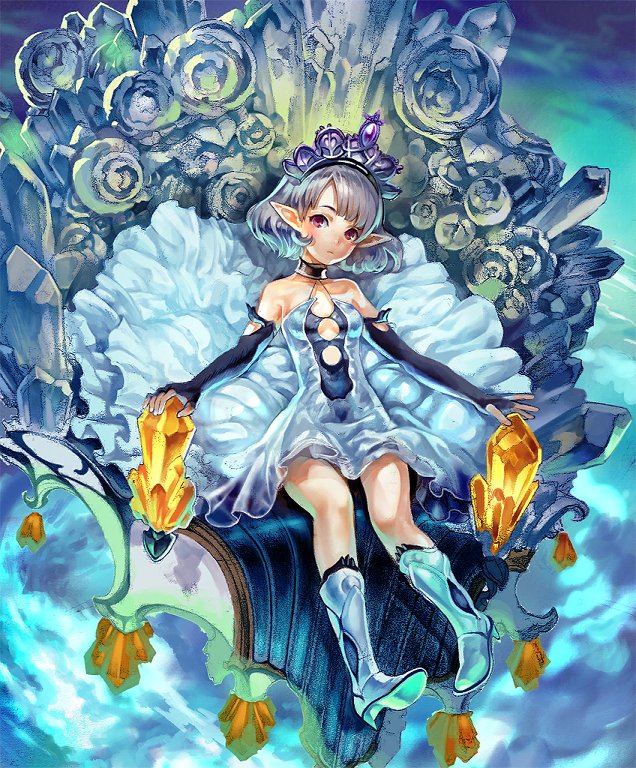 Base:Stats: 1/1
Effect: Fanfare: Summon a Crystalia Eve. Give it Ward and evolve it if at least 2 other cards were played this turn.
Evolved:Stats: 3/3

Base Flair
Deep within a castle encased in ice resides the princess of crystals. There, between the worlds of gods and men, she watches over the ice crystals' shine.

Evolved Flair
Long lived is the princess of crystals, her every memory forever captured in a crystal of ice.