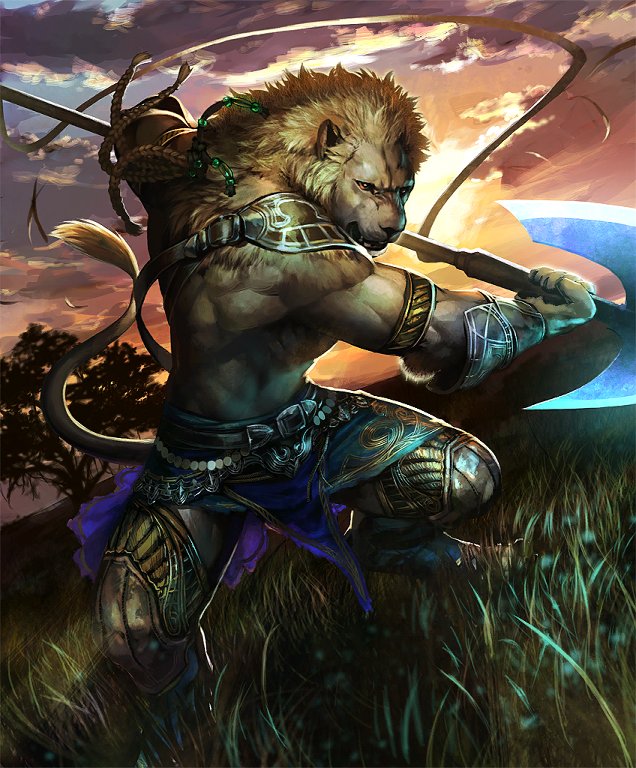 Base:Stats: 5/5
Effect: Ward.
Fanfare: Deal 2 damage to all enemies if at least 2 other cards were played this turn.
Evolved:Stats: 7/7
Effect: Ward.

Base Flair
A lion-headed god of war, Maahes crushes all invaders who dare to step foot within the sacred realm. With each ruthless swing, the rampaging lion cuts evil in two.

Evolved Flair
The lion god's fearsome attacks against the fiendish army were unceasing. The battle raged throughout the day and into the night as the great lion exterminated his foes, solidifying his legacy.