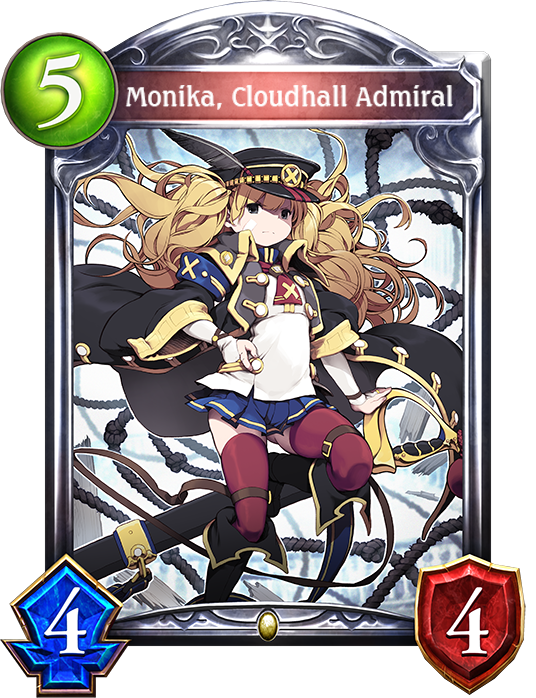 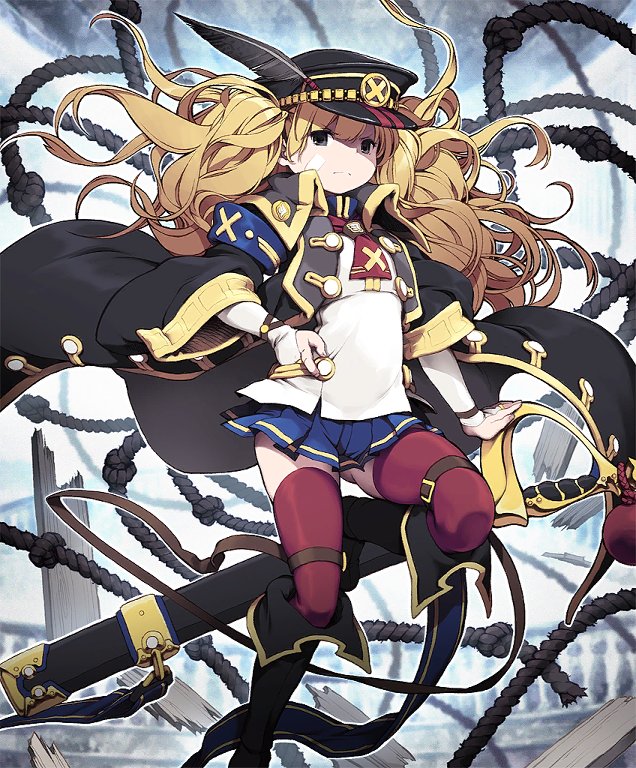 Base Flair
Don't be fooled by my appearance. I'm a seasoned officer tempered in the fires of battle! Now, my proud warriors, take to the skies with me!

Evolved Flair
With this sword, I'll fight for the people of Valeria... Hey! Quit patting my head! I'm an airship admiral, so show a little respect!