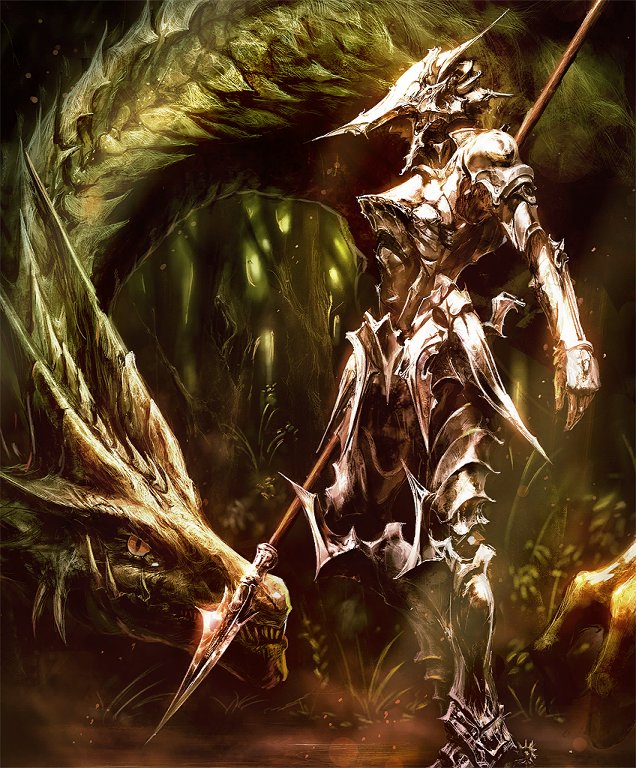 Base Flair
The knight freed a nameless dragon of terrible power from ruins where few dared to tread. To exact revenge on those who took his country from him, the knight signed a blood pact with the beast.

Evolved Flair
The dragoon took his revenge, completing the last mission of the royal family. With that, the dragoon vanished along with the dragon to atone for crimes that could never be forgotten.