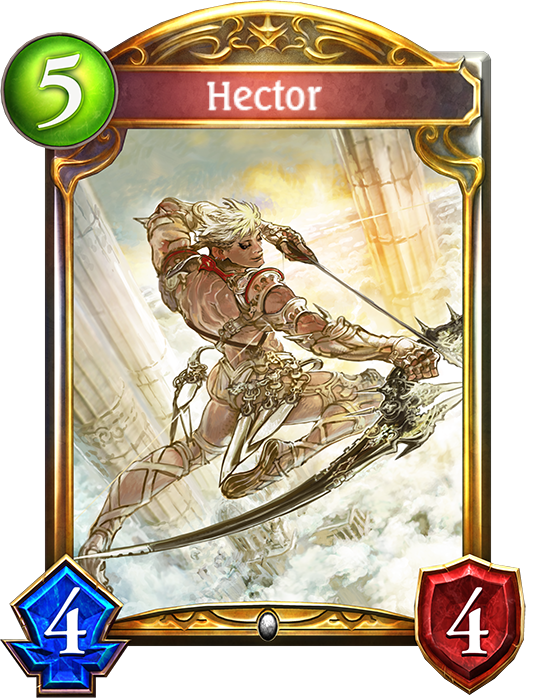 Base:Stats: 4/4
Effect: Ward.
Fanfare: Deal 3 damage to an enemy if you have at least 3 other Neutral cards in your hand.
Evolved:Stats: 6/6
Effect: Ward.

Base Flair
In the age of the gods, a war scorched the skies and left the earth aflame. One intrepid warrior stood amidst the chaos to lead the military forces and defend his ancestral lands.

Evolved Flair
In the age of the gods, an intrepid warrior charged ahead. He won fame throughout the land by striking off the heads of countless foes. Ready to fulfill his destiny, he glares down the shaft of an arrow nocked to his iron bow.