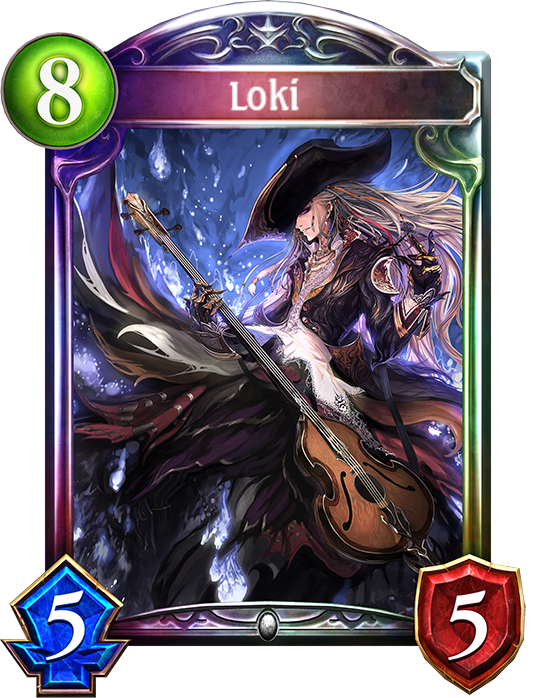 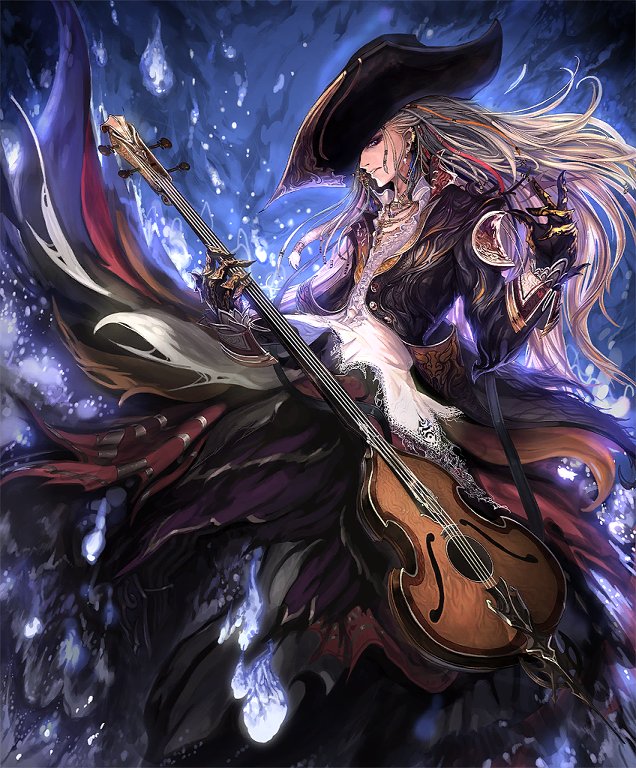 Base:Stats: 5/5
Effect: Fanfare: Give your leader the following effect - The next time you play an allied follower with Fanfare effects (excluding targeted effects), repeat those effects. (This effect is not stackable.)
Evolved:Stats: 7/7

Base Flair
He is the trickster, mayhem incarnate. A shrewd, bizarre, and yet indispensable impostor. He vows to the quiet twilight, laughing at his confinement. —Twilight's Child, preface

Evolved Flair
An eternity spent idle; demise, a mere game. Kill a god? A poem on his lips. Revenge? A performance. With deliverance and disfigurement, now the twilight begins. —Twilight's Child, final chapter