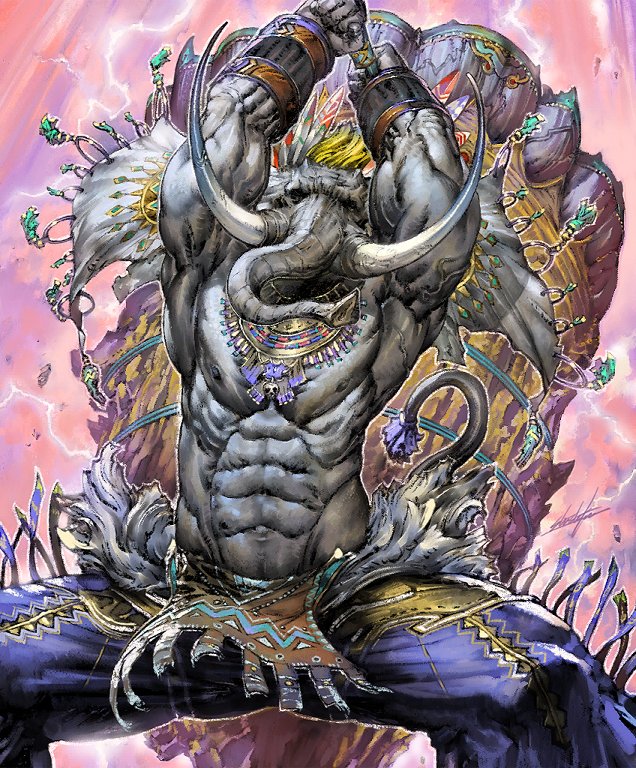 Evolved Flair
Humans are animals that developed through language. They are therefore powerless against those who cannot speak. This creature's roars burst eardrums, and his assault rends flesh. Man can do nothing but fear the coming of nature's purge.