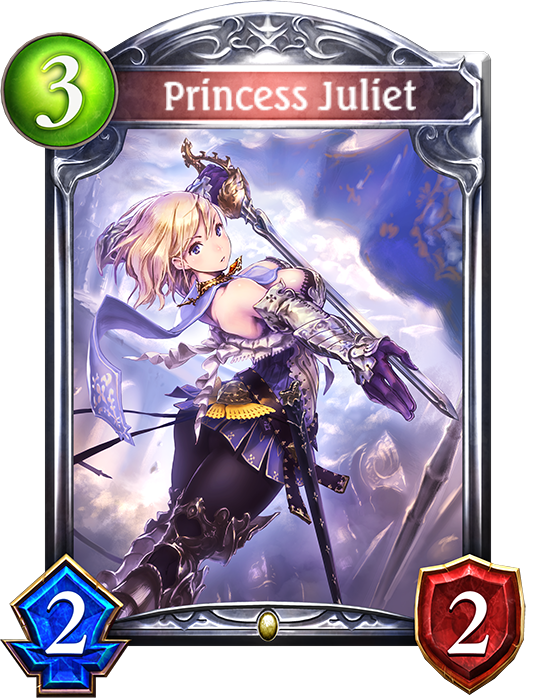 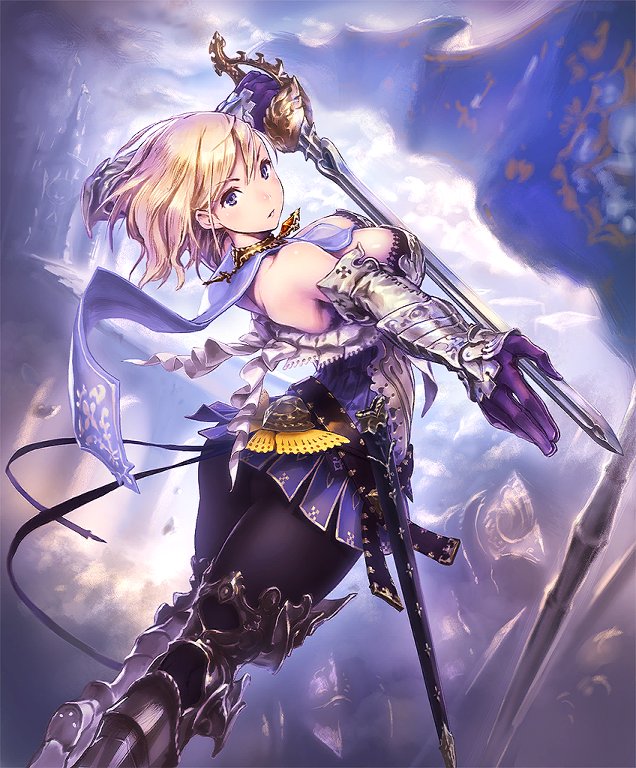 Base Flair
An unforgivable deed, an unrighteous encounter. Rescued by her adversary, the general, this maiden's passions burst into violent flame. Alas, love is but a sweet poison—a poison that once swallowed, drags the drinker to the depths of Hades.

Evolved Flair
Even if the heart were to allow it, a thousand soldiers would stand in the way. Their encounter was too late to be tragedy, too brutal to be farce. Alas, this dignified maiden holds her sword and howls to close out the final act.