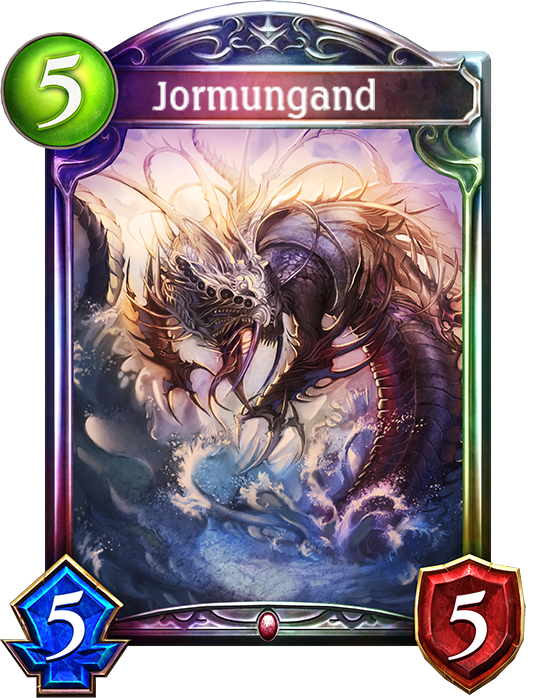 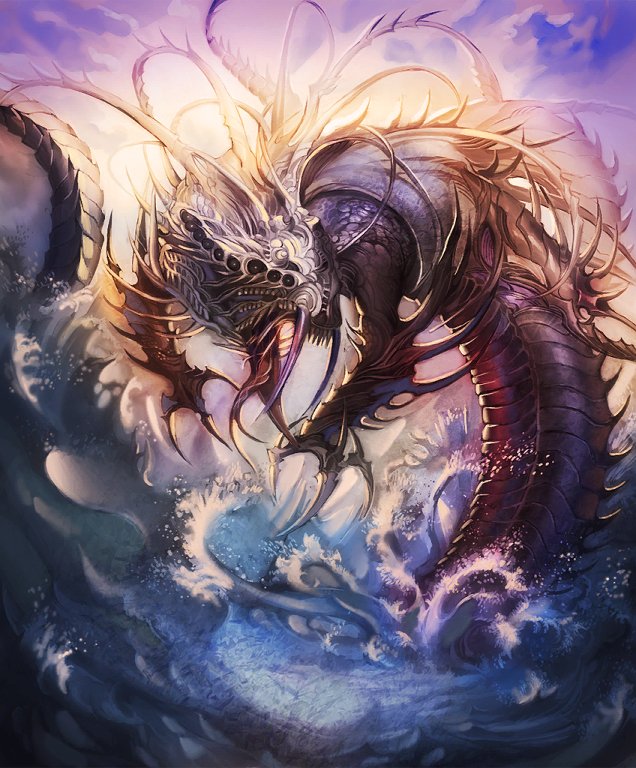 Base:Stats: 5/5
Effect: Last Words: Give your leader the following effect - Once on each of your turns, when your leader takes damage, deal 3 damage to all enemies. (This effect is not stackable and lasts for the rest of the match.)
Evolved:Stats: 7/7
Effect: (Same as the unevolved form.)

Base Flair
Those who revere the gods reach sacred lands, but those who revile the gods arrive at terrifying places. The serpent's writhing foretells naught but woe. Your only hope is to cast off your humanity—so go ahead, drink up. —The Forgotten Play, Witch's lines