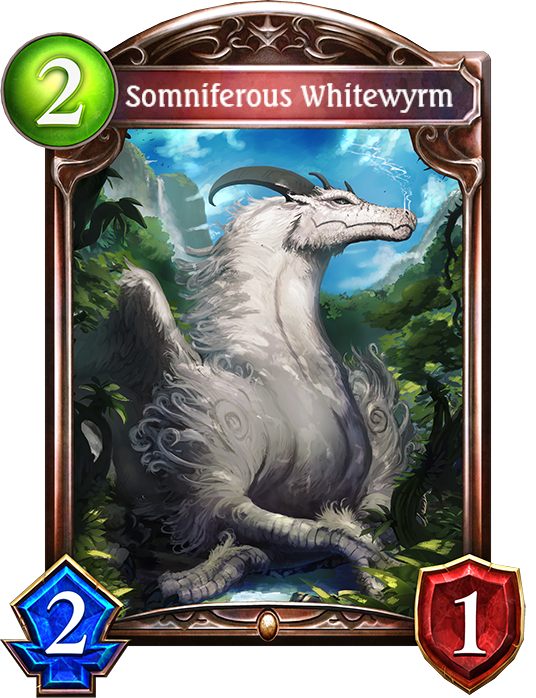 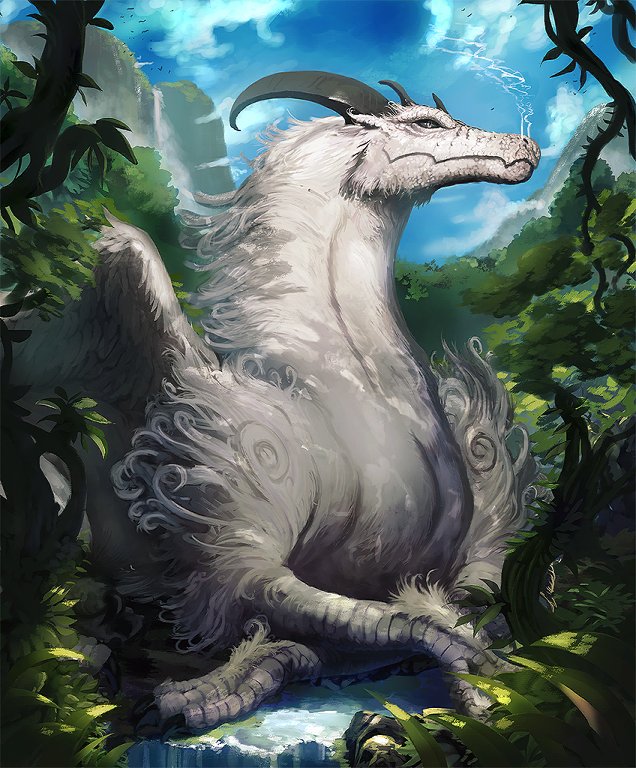 Base Flair
Many days have passed since I first laid eyes upon the whitewyrm. It rested on the land, motionless but for the heavy opening and shutting of its eyelids. Could it have been slumbering? Or was it perhaps... —A researcher's notes

Evolved Flair
I saw it many cycles ago. The whitewyrm slumbered, concentrating its power. The power, that is, to produce the egg that will produce a new generation! —A researcher's notes