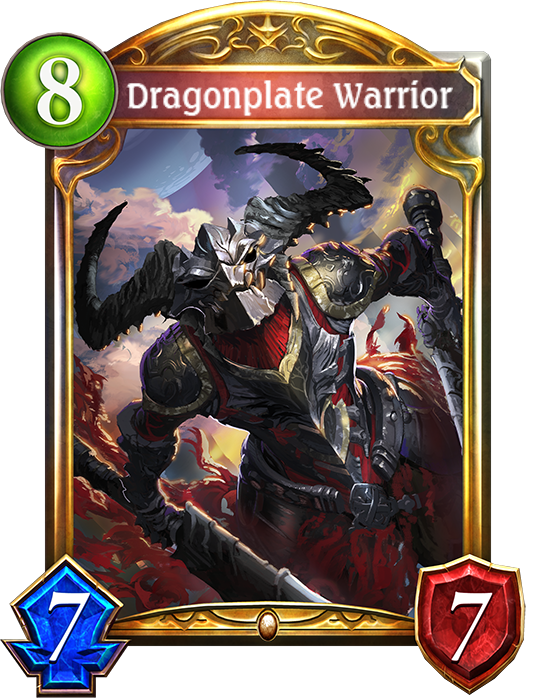 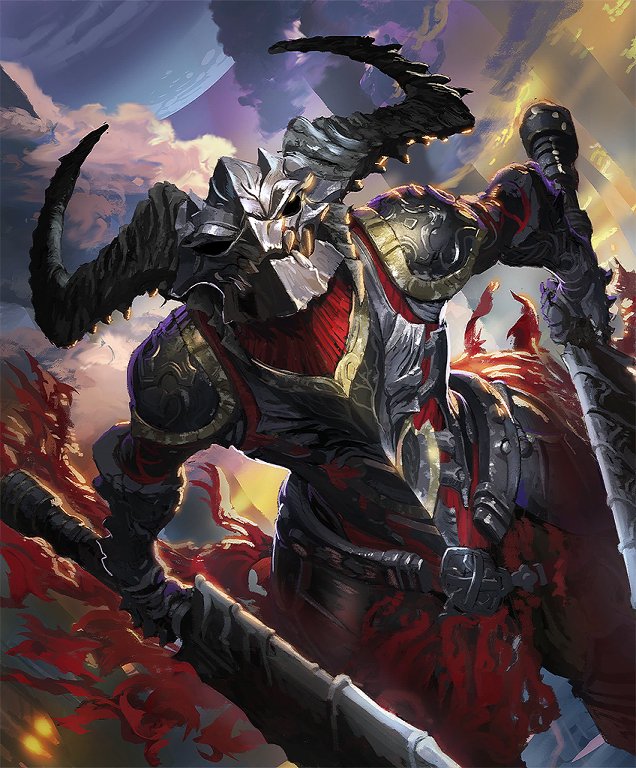 Base:Stats: 7/7
Effect: Ward.
Fanfare: Give your leader the following effect - Whenever you play a non-follower card, deal 1 damage to the enemy leader. (This effect lasts for the rest of the match.)
Evolved:Stats: 9/9
Effect: Ward.

Base Flair
Hey, you heard what they're saying? It's about the warrior with the horned helmet. They say that underneath the armor, he's really a dragon! —Battlefield rumors

Evolved Flair
He doesn't speak a word to anyone, and nobody's seen his face. But when he meets an enemy that seems worth his trouble, he opens his visor and spits flames! —Battlefield rumors