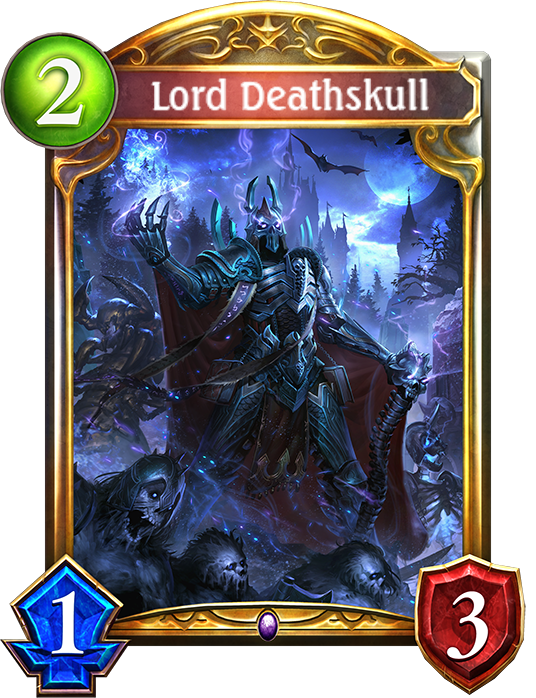 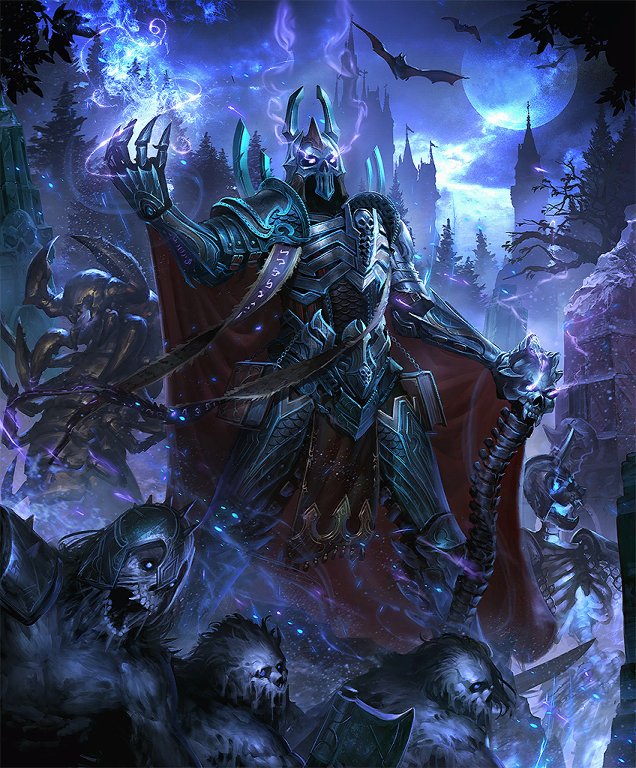 Base Flair
The master necromancer dropped the battlefield deep below the earth. No longer would they count the deaths; instead they would count the days of eternity.

Evolved Flair
Plying his trade on the battlefield, the necromancer deceived the living and made the dead quake. There was no distinction between friend and foe; the only thing that existed was a tremendous mass of death.