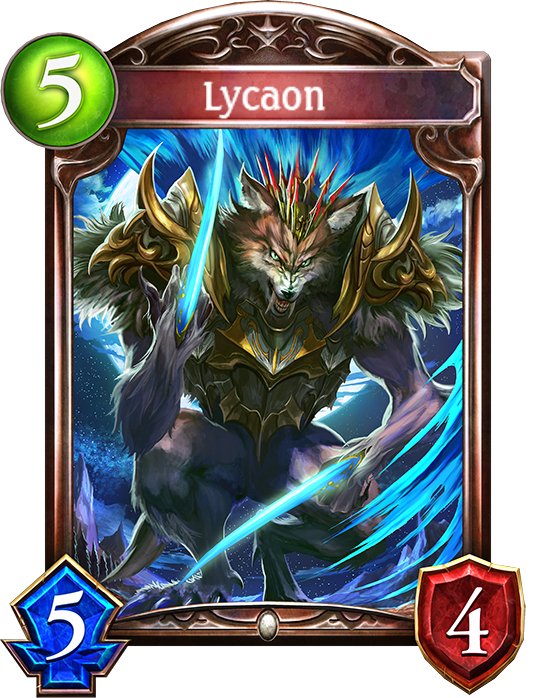 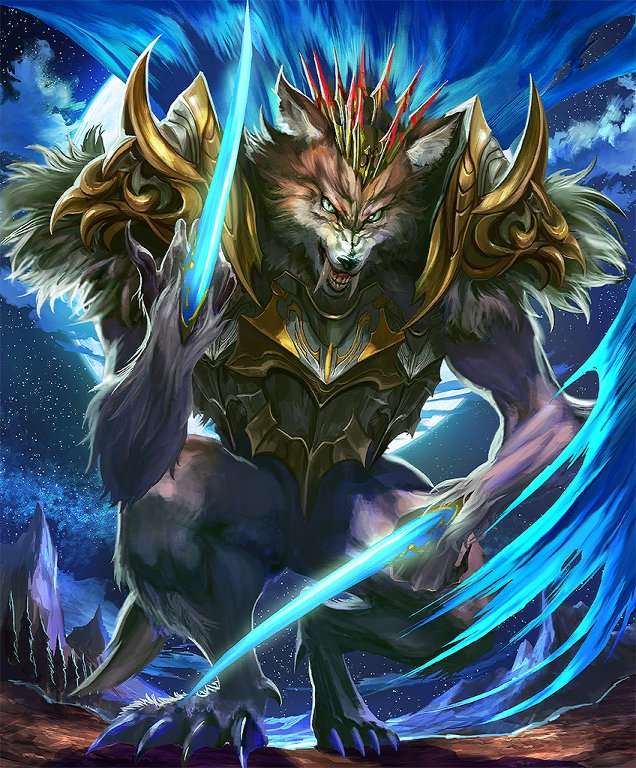 Base:Stats: 5/4
Effect: Fanfare: Deal 2 damage to an enemy if there are at least 2 amulets in your hand.
Evolved:Stats: 7/6

Base Flair
His hands became paws, and his form became monstrous. But he did not abandon god, and neither did he stop praying.