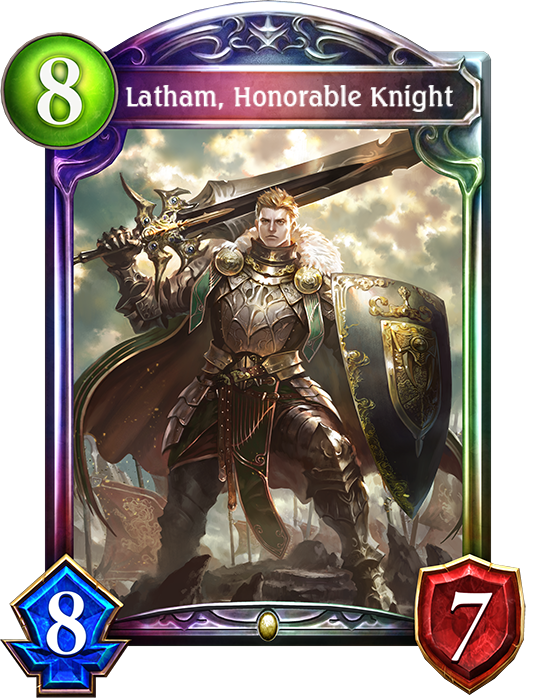 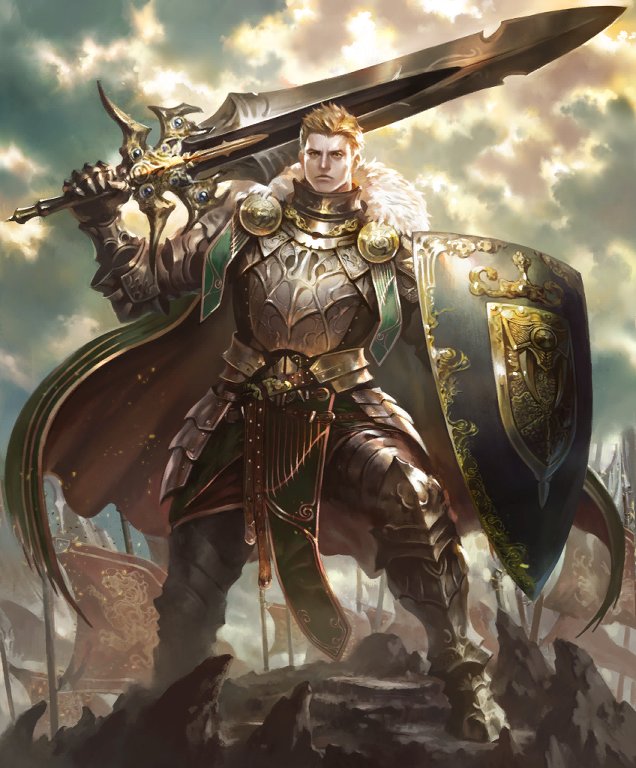 Base:Stats: 8/7
Effect: Accelerate (2): Summon 2 Knights.
----------
Fanfare: Give your leader the following effects.
-Whenever an allied follower attacks, if there are no allied Knights in play, summon a Knight.
-Whenever an allied follower that originally costs 1 play point comes into play, give it Storm.
(These effects are not stackable and last for the rest of the match.)
Evolved:Stats: 10/9

Base Flair
Only despair could be found on the desolate battlefield, utterly devoid of hope. It was then that his voice echoed throughout the forsaken air—an order to counter attack, a promise of triumph.

Evolved Flair
The soldiers gathered at his blade, where their wills were united as one for glory, for victory, and most importantly, for the people. His heart ablaze with passion, the honorable knight charges into the battlefield.