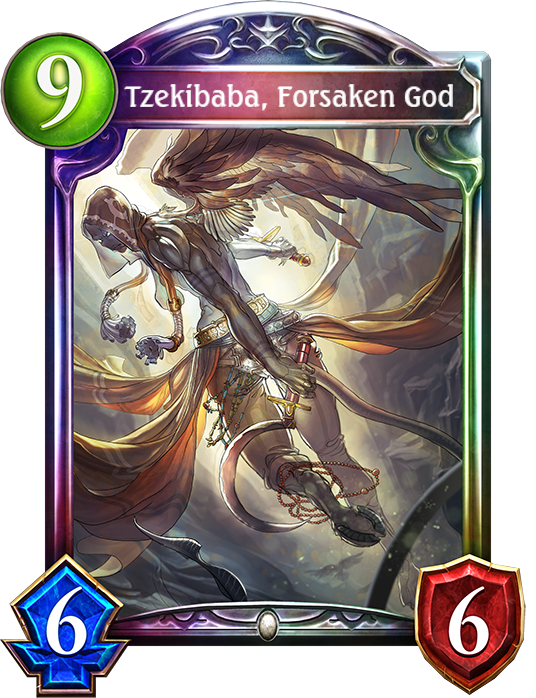 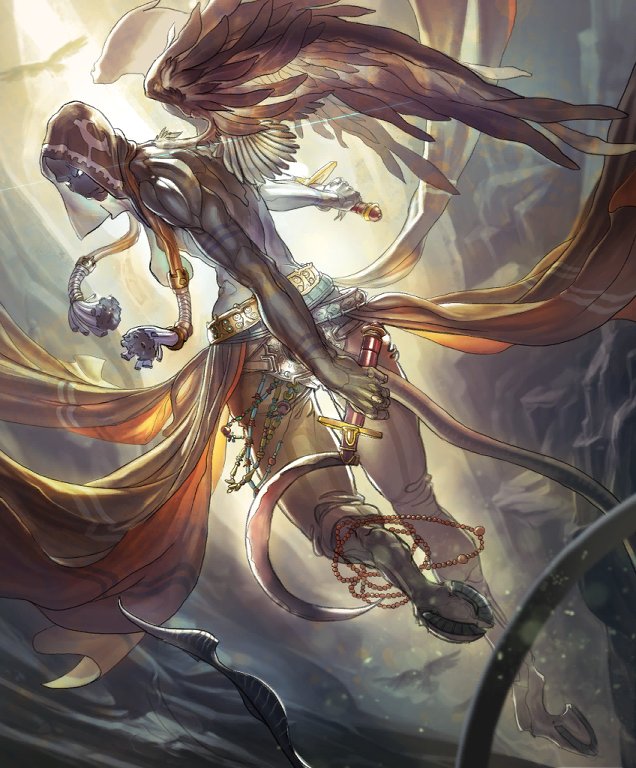 Base:Stats: 6/6
Effect: Fanfare: Randomly put different Countdown amulets from your deck into play until your area is full. Then destroy those amulets.
Evolved:Stats: 8/8

Evolved Flair
He possessed the power to kill angels, but remained unable to challenge the gods—that blade remained locked in his heart. The gods merely use him as a tool, but he knows his day of vindication is nigh.