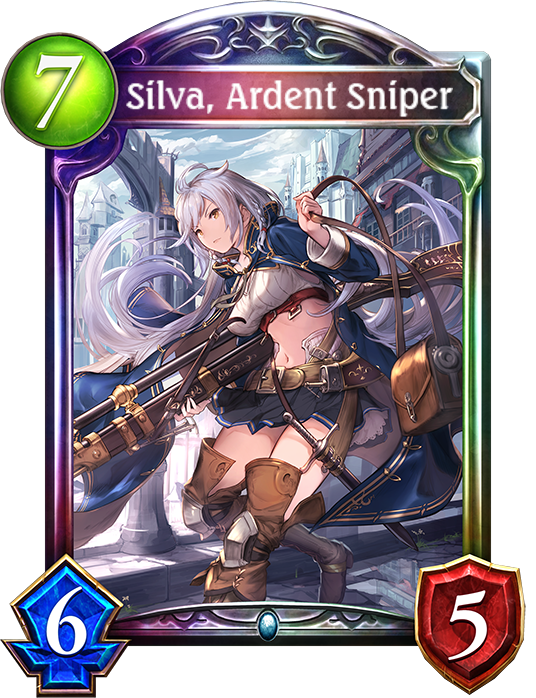 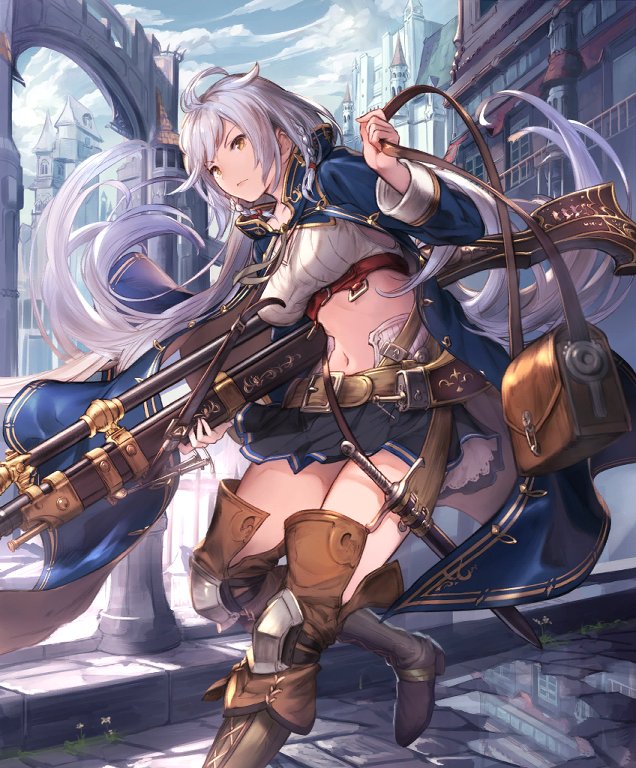 Base:Stats: 6/5
Effect: Accelerate (3): Put a follower that originally costs 3 play points or less from your hand into play and give it Rush. Give your leader the following effect: Once on each of your turns, when an allied follower attacks, deal 1 damage to the enemy leader. (This effect lasts for the rest of the match.)
----------
Ambush.
Evolved:Stats: 8/7
Effect: Ambush.

Base Flair
Affirmative. It's a long shot from here... But this rifle isn't just for show. I always hit my mark.

Evolved Flair
R-really it was nothing... Don't praise me like that right after battle... I don't know—it just makes me self-conscious. Argh! Don't you think we're both a little too old for teasing like this!