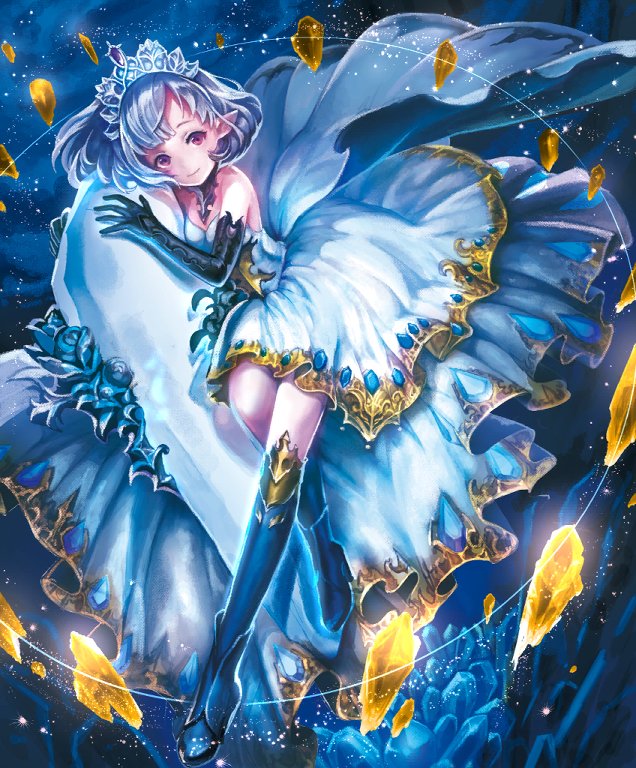 Base Flair
Beyond the glaciers, where the snowstorm leads, whatever could bring you to this place a second time? You're a strange one... but that might not be so bad. I suppose I could lend you a hand.

Evolved Flair
The crystals' power is eternal. In comparison, our chance meeting is but a sigh which clouds the frozen air before dispersing. Even so... perhaps this fleeting warmth has meaning. Perhaps it is something I need.