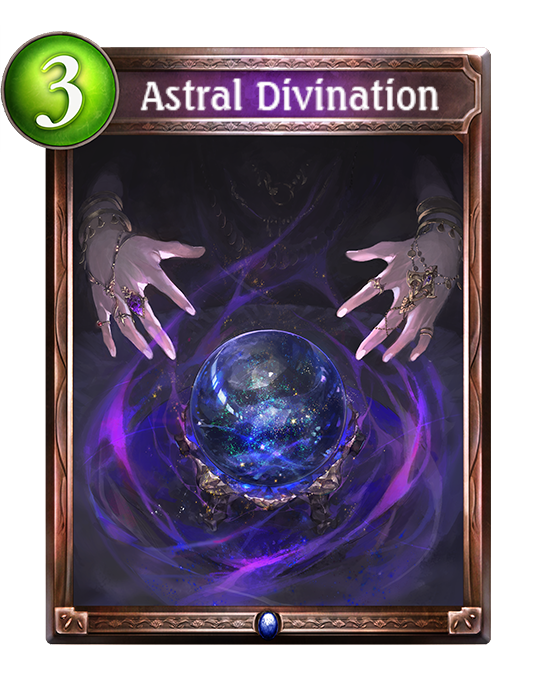 Base:Effect: Randomly put 2 of the following cards into your hand.
-Venus
-Pollux
-Star Phoenix
-Castor
-Scorpius
-Andromeda
Earth Rite: Subtract 1 from the cost of those cards.

Base Flair
The constellations etched into the night sky may be mere scatterings of light to those without the knowledge to decipher them. But those learned in their patterns can read freely of their own futures. —Chapter 1, The Basics of Fortune-Telling