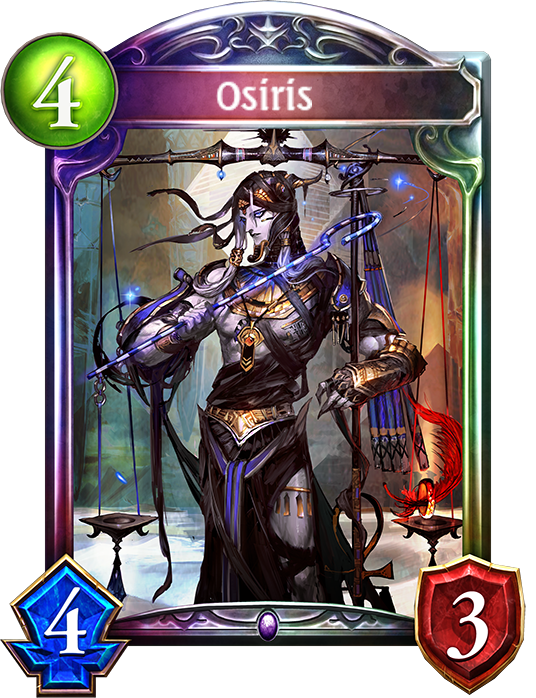 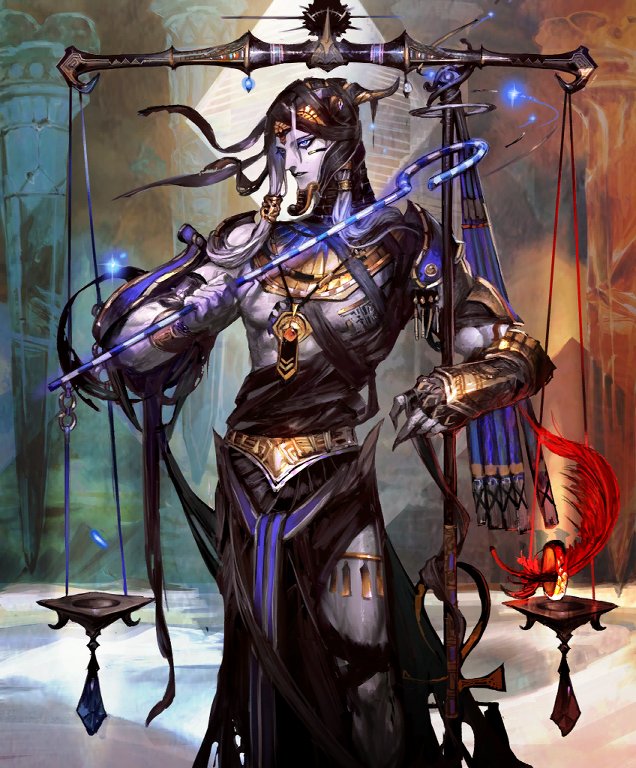 Base Flair
Destruction and regeneration. Enlightenment and earthly desire. His scales weigh all of creation, and with his crook, he renders judgment. He rules over Aaru, the heavenly fields which only worthy souls can attain. Though he was rent to pieces, death could not keep him.

Evolved Flair
Glory and downfall. Justice and atrocity. Sins which cannot be exorcised by his crook and flail will fall before his sword. He was the first mummy and remains the final judge, handing down verdicts absolute. Sooner or later, all will stand before him.