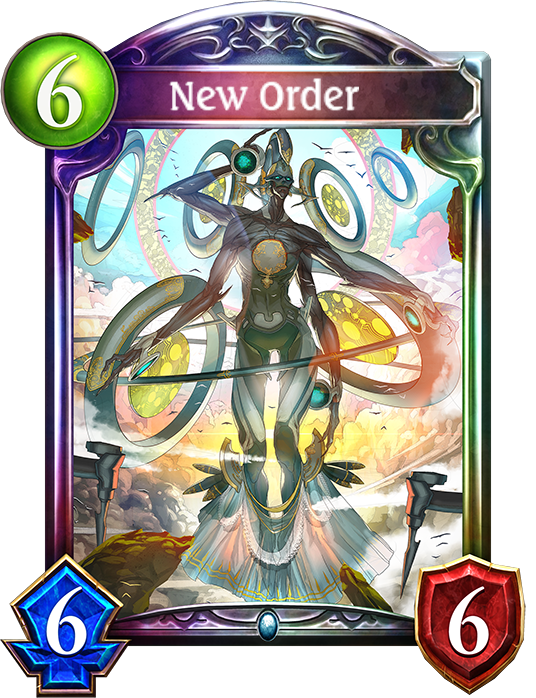 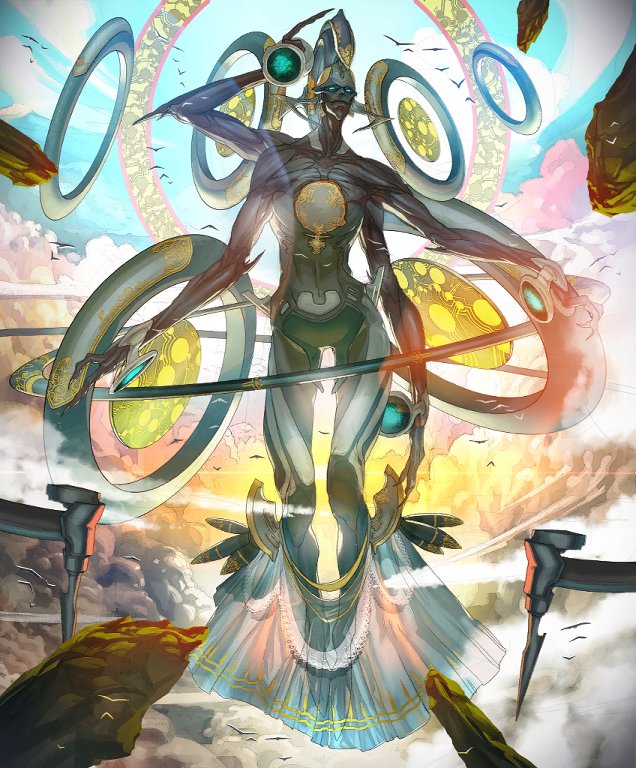 Base:Stats: 6/6
Effect: Fanfare: Banish all cards in your deck. Then put 10 Mystic Artifacts, 10 Radiant Artifacts, and 10 Prime Artifacts into your deck.
Evolved:Stats: 8/8

Base Flair
After they were abandoned by their god, the sages began to dream. They would remake their philosophy, the laws of the world... the world itself. Thousands of forsaken souls united to give birth to a single mechanism. A single whole. A single... order.

Evolved Flair
The new order burst from the old world's body, turned, and consumed it. One planet was not enough to sate its hunger; and so it devoured and grew. As it waxed in size and power, it knew it was no mere creation. It was the sum and the genesis of all the cosmos's principles.