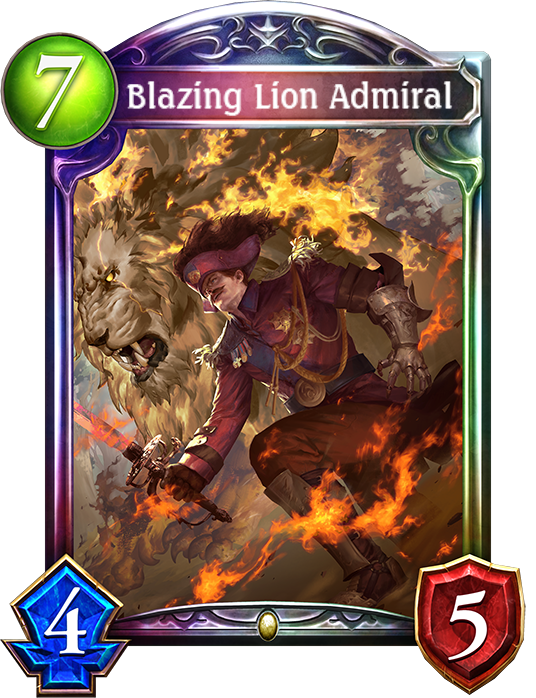 Base Flair
The exhaustion of conflict sucks at an army's boots like muddy ground. When his troops foundered in the swamp of despair, the lionhearted hero stepped forth, clad in flames, and rattled the heavens with his roar:
"Set your despair ablaze. Reduce your enemies to ash!"

Evolved Flair
The lion's roar roused his allies and froze his foes. Despair burned away, leaving only the thirst for victory. The balance had been broken. And so they pressed onward to glory. "Pit the fire in your hearts against the foe. Blaze our trail to the future!"