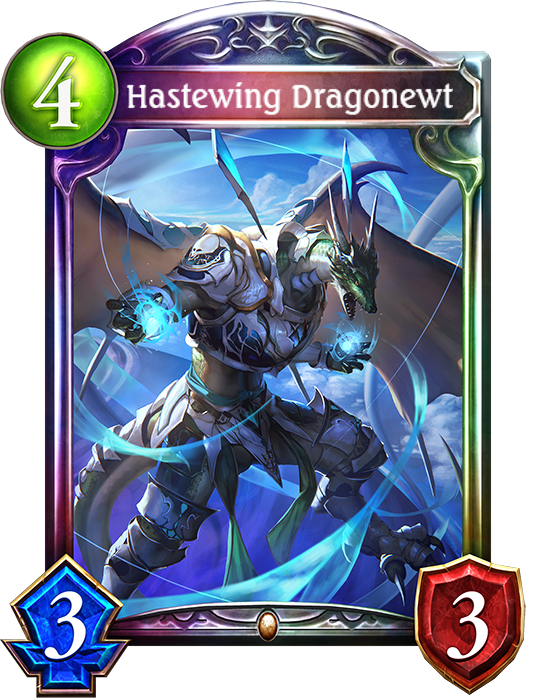 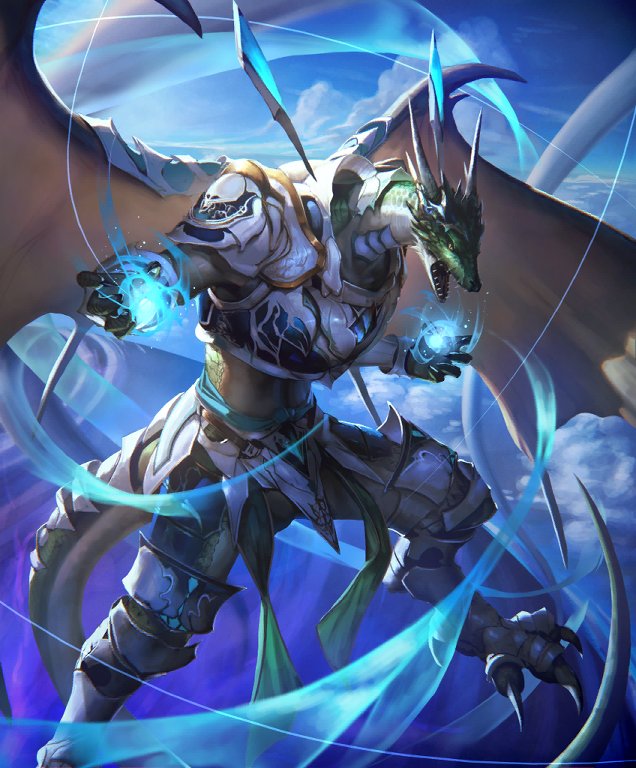 Base:Stats: 3/3
Effect: Storm.
Invocation: Whenever you play a card that originally costs at least 7 play points for the fourth time or later, invoke this card.
Fanfare: If Overflow is not active for you, remove all effects on this follower except changes to its attack or defense.
Evolved:Stats: 5/5
Effect: Storm.

Base Flair
A mighty gust erupts, rending clouds of white in two. Heard beyond the wind, transcending both sound and light, "None can keep pace with my wings."

Evolved Flair
With the force of a single flap, the earth below is fractured asunder. Heard beyond a flash of light and a thunderous clap, "None can escape the rending of my wings."