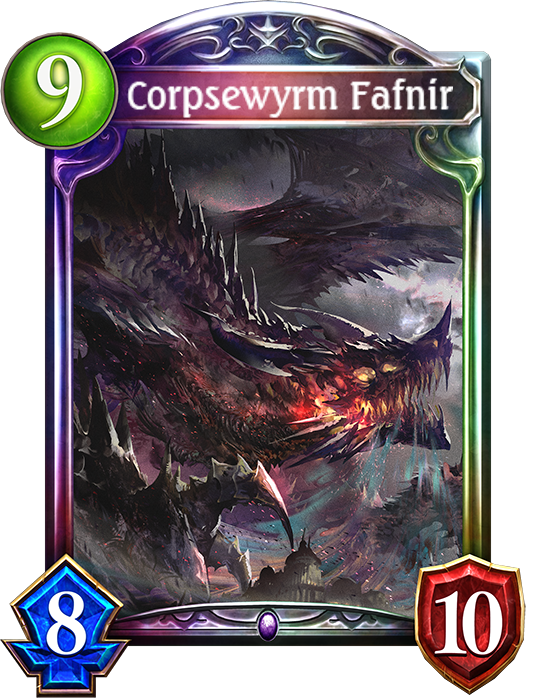 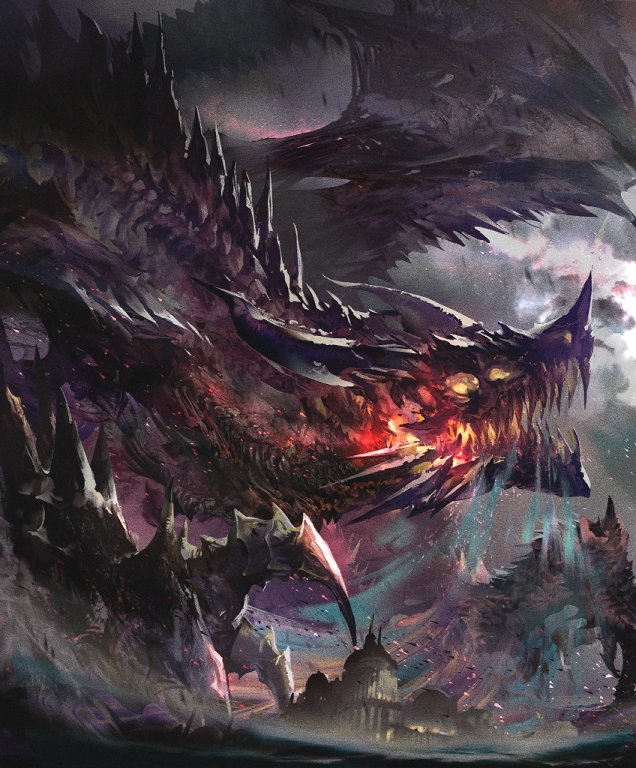 Base:Stats: 8/10
Effect: Fanfare: Necromancy (X) - Deal X damage to all other followers. X equals the defense of the enemy follower with the highest defense in play.
Evolved:Stats: 10/12

Base Flair
The hero slew the wyrm, but not its obsession. Its malice was stronger than death. Though its heart rotted away, venomous avarice still pumped through its veins, dragging the wyrm back to tortured consciousness.

Evolved Flair
Oozing resentment. Awash in greed. Poison billows from between its rotting jaws as its tongue lolls out in mindless lust for Hreidmar's gold. The hero who pierced its heart is no more. Wallowing in its own evil, the wyrm raises a gurgling, impotent roar.