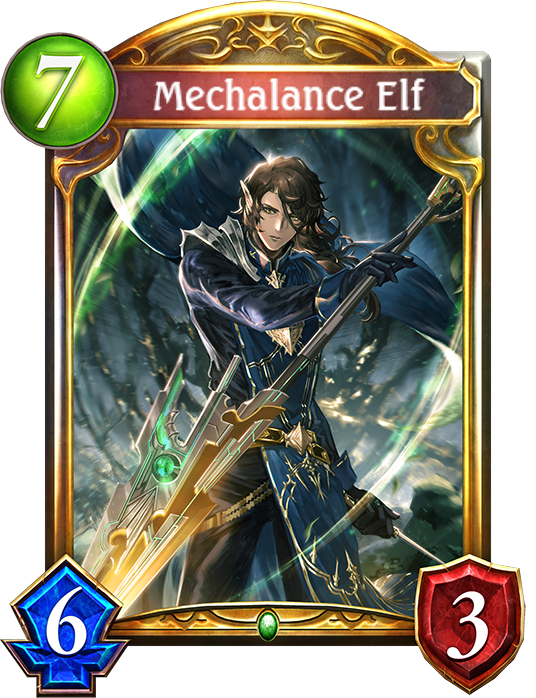 Base:Stats: 6/3
Effect: Rush.
Follower Strike: Reduce damage to this follower to 0 until the end of the turn and deal X damage to the enemy leader. X equals the attack of this follower minus the defense of the enemy follower.
Evolved:Stats: 8/5
Effect: (Same as the unevolved form.)

Base Flair
It's almost like the heavy weight of metal is a problem of the past. We see this most with the warriors of the forest who have developed weapons for the practicalities of warfare. —Researcher's Report, Part 3

Evolved Flair
You should leave the forest as quick as you can. The inhabitants are using their hunting weapons for battle. And if they've managed to create a powerful weapon for a skilled warrior, well, let's just say you wouldn't want to cross paths with them. —Forest Rumors, Part 3