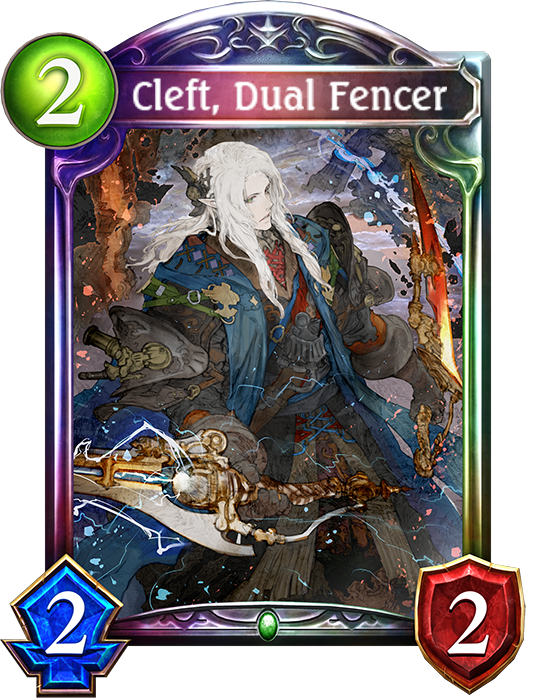 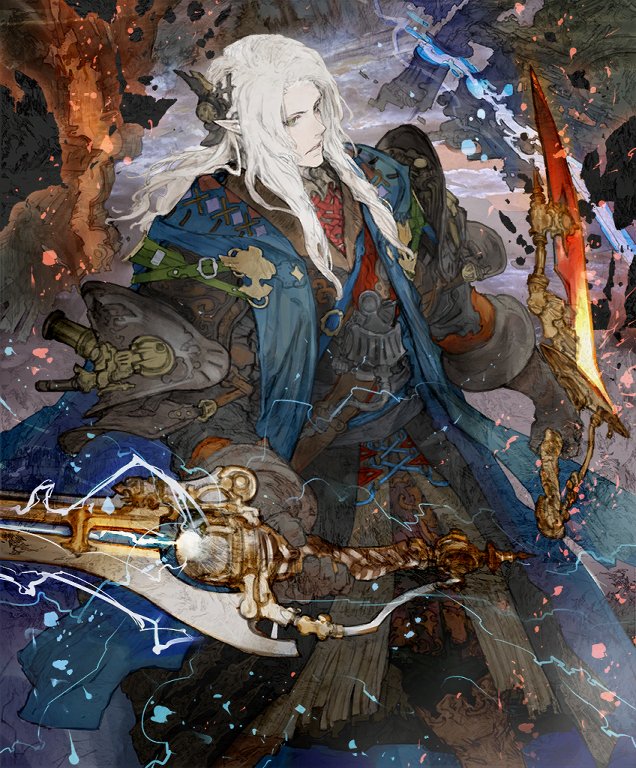 Base Flair
It's thanks to the miraculous development of robotics that a warrior of his caliber has appeared in the forest. Finding both the wooden and iron weapons of the past insufficient, he carves out the future of the elves with his mechanical blades. —Researcher's Report, Part 4

Evolved Flair
I am without equal, a lord of new techniques that rival even a thousand strong. The logic behind these twin blades is foolproof—twice the weaponry, twice the fallen foes. Even the world beyond the forest will come to know my power.