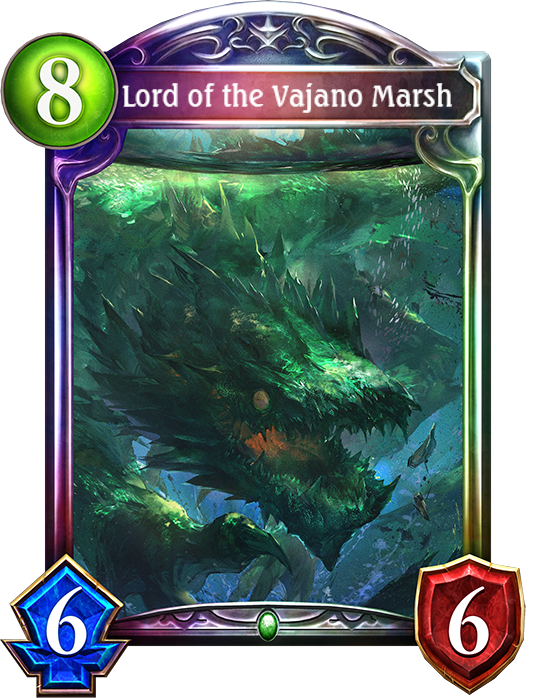 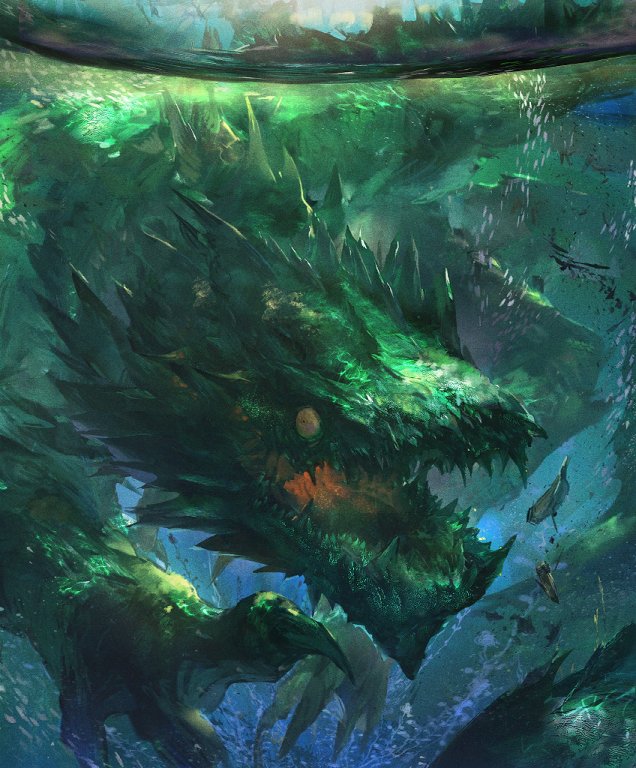 Base:Stats: 6/6
Effect: Ambush.
Fanfare: Give your leader the following effect - During your turn, whenever an effect returns 1 or more cards to a player's hand, deal X damage to the enemy leader. X equals 2 times the number of cards that left play. (This effect is not stackable and lasts for the rest of the match.)
Evolved:Stats: 8/8
Effect: Ambush.
Evolve: Return an enemy follower to the opponent's hand.

Base Flair
Contained within the Vajano Marsh is a murky pool, as fetid as it is deep. Below the surface of this abyss is where the mad lord of the forest resides. Those who enter his waters become his playthings, and whether they walk away or drown, it's purely his whim.

Evolved Flair
When did his reign begin, and how long will it last? A lord lost forever to isolation, he searches for a companion. If he should ever hear the telltale signs of a plaything escaping beyond his grasp, the resulting howl would rattle the surrounding woodlands.