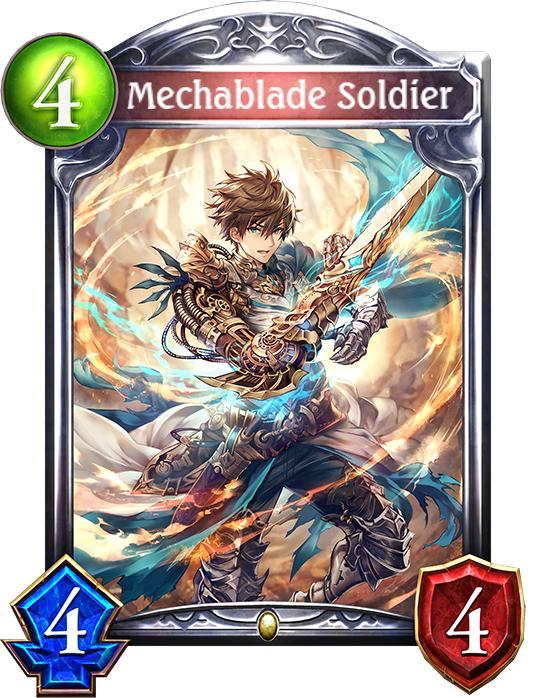 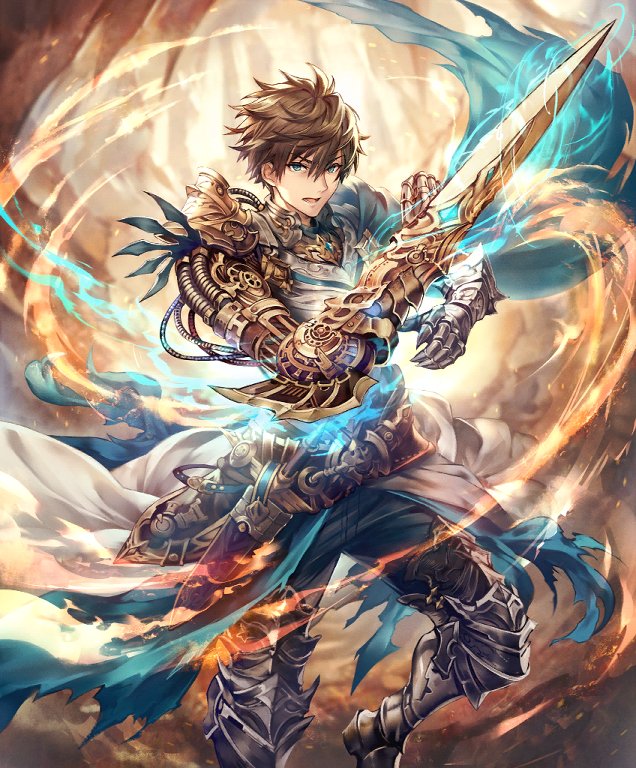 Base:Stats: 4/4
Effect: Strike: Deal 1 damage to all enemy followers. If another allied Machina follower is in play, deal 2 damage instead.
Evolved:Stats: 6/6
Effect: (Same as the unevolved form.)

Base Flair
Once the cannoneer had thrown the battlefield into confusion, a soldier equipped with a mechanical blade commenced his assault. With this deadly combination of power and speed, our forces have become even stronger. —Commander's Report, Part 2

Evolved Flair
The new recruit is performing well. His swordplay perfectly complements tactics involving cannon fire. For enemies resistant to either of these attack methods, we're working on a way to overwhelm them with destructive force. —Battle Log, Part 2