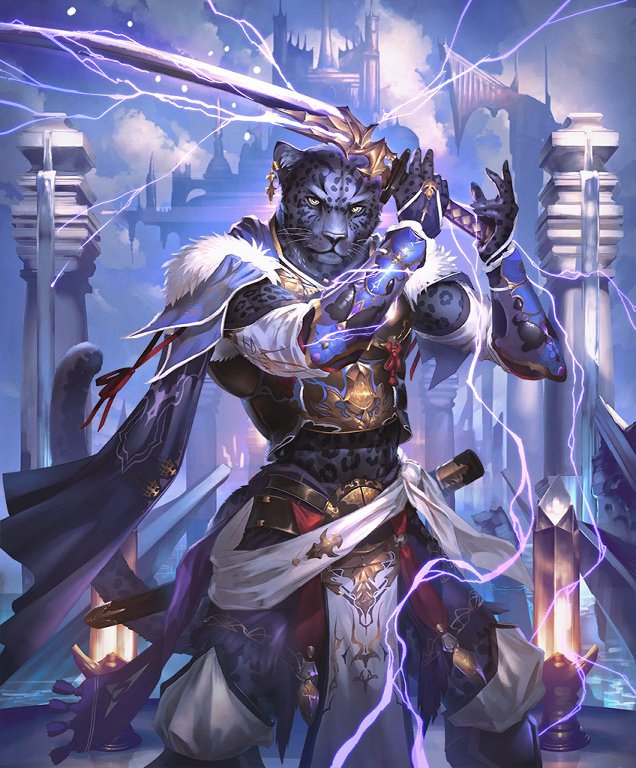 Base:Stats: 4/5
Effect: During your turn, when this card is added to your hand from your deck, reveal it. Then give +1/+0 to a random allied follower.
Fanfare: Evolve another allied follower whose attack or defense has been increased by a spell or effect. Evolve effects will not activate for that follower.
Evolved:Stats: 6/7

Base Flair
His most impressive feature is that eye of his. Sure, he can read the battlefield like an open book—but that's common enough for all master swordsmen. No, he's got an eye for talent, able to transform those who haven't reached their full potential into true warriors.

Evolved Flair
Sometimes gossip circles about him: "Is that so-called master actually any good with a blade? I bet he's all talk." I advise those rumormongers to laugh while they still can. His true ability is fearsome; his strikes are but flashes of lightning to the untrained eye.