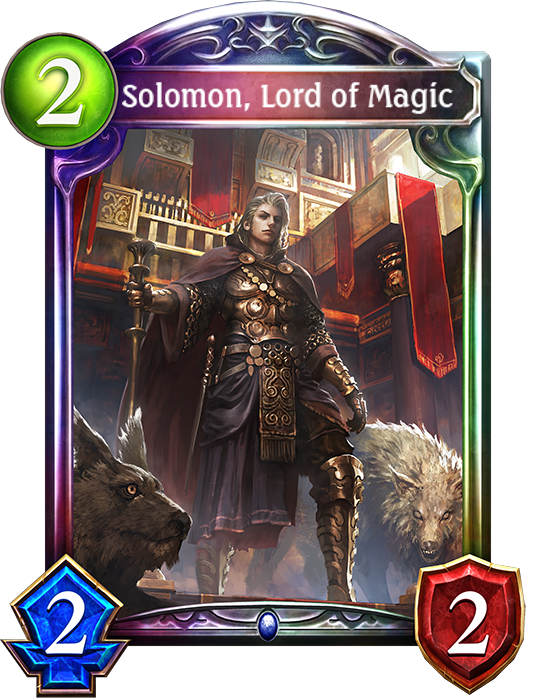 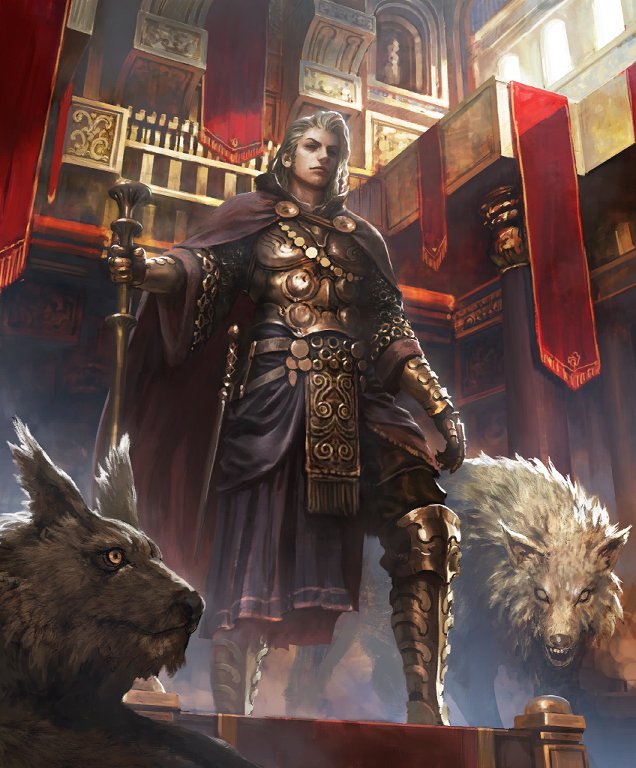 Base:Stats: 2/2
Effect: Fanfare: Put a Seal of Solomon into your hand and subtract X from its cost. X equals the number of times this card has been Spellboosted.
Evolved:Stats: 4/4

Base Flair
There is a ring on his finger, a great ring that rules over all creation. The brass of this ring of wisdom commands the heavens, while the iron commands the earth. The king's name is Solomon, the founder of magic. —The Founding Mage, Prologue

Evolved Flair
And so God asked the king who bore fate on his shoulders: What is your wish? What is your desire? The king replied with one single word: Wisdom. Great wisdom, previously unknown to man. —The Founding Mage, Final Act