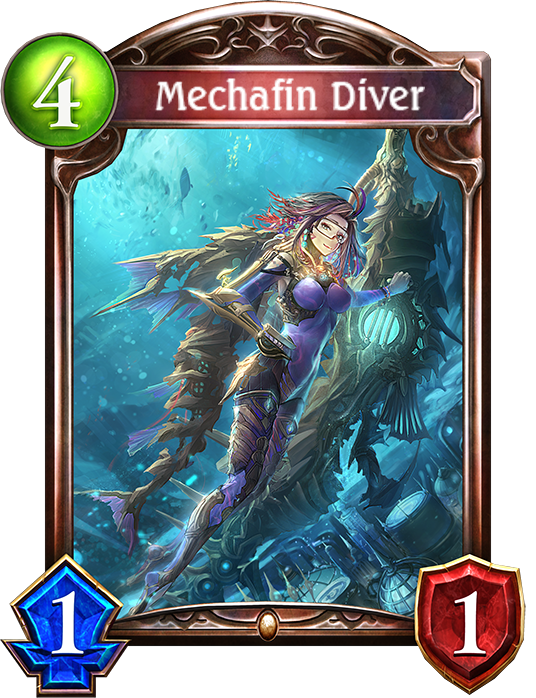 Base Flair
The source of the core's metamorphosis was an aquatic explorer. To cope with the dangers of the sea, she encased herself in metal. Called by ever darker depths, she still undoubtedly continues her descent into the blue. —Dragonewt Scholar's Record, Part 1

Evolved Flair
There once was a woman who explored the darkest depths of the sea by using metal implements. If those devices allowed her to survive such a deep place, surely they would have other usages too. —Voice Recording of an Environmental Researcher, Part 1