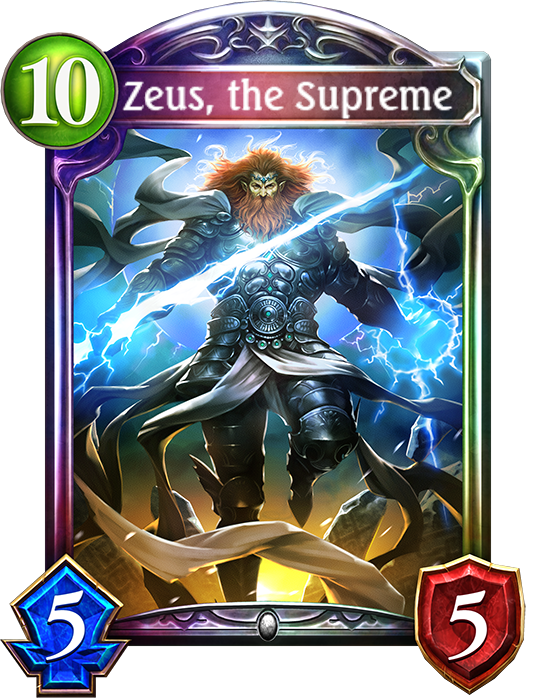 Base:Stats: 5/5
Effect: Fanfare: Randomly activate one of the following effects X times. X equals the number of times that allied followers have evolved this match.
-Restore 5 defense to your leader.
-Gain +3/+0, and the ability to ignore enemy followers' Ward.
-Gain +2/+1 and Storm.
-Gain +1/+2 and Bane.
-Gain +0/+3 and Ward.
Evolved:Stats: 7/7

Base Flair
A blade of lightning rests in his grip. The same flash that would make the night sky tremble—it punishes the darkness and descends upon the land. When the threads of fate entwine at last, the final battle against the lord of purgatory shall begin.

Evolved Flair
The adamantine scythe destroys all that it touches; the aegis shield defends all from destruction. When the gods supreme take to arms, the world trembles.