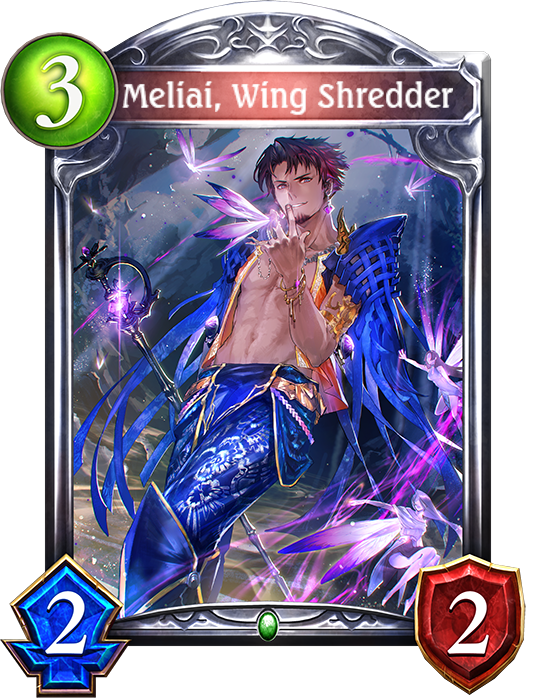 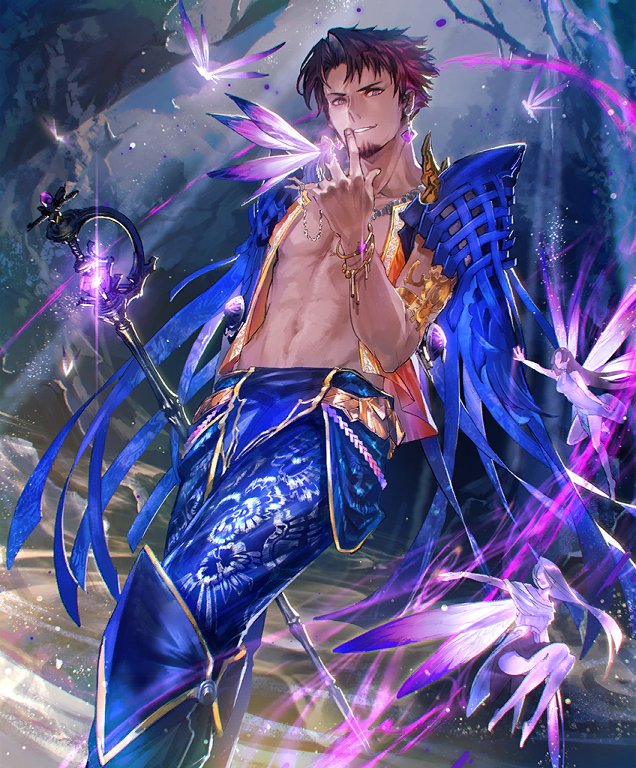 Base Flair
Long ago there was a sickly boy who fell in love with a fairy. The fairy granted him protection, but a pestilence spread throughout his land as a result. The boy's eyes came to burn with hatred and rage for her.

Evolved Flair
You insist you never intended to destroy the land? It was an unfortunate coincidence? What a terrible joke! Even if that's the truth—it's too late now. I despise you. What else are you good for than this?