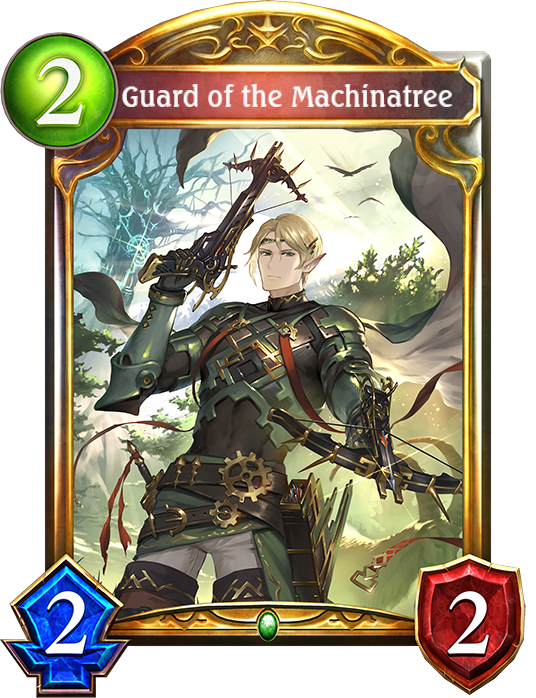 Base:Stats: 2/2
Effect: Ward.
Fanfare: Return another allied follower or amulet to your hand. If it's a Machina card, draw a card.
Evolved:Stats: 4/4
Effect: Ward.

Base Flair
Core mutations have led to one new breakthrough after another. One can either eliminate enemies of the woodland or expand the forest itself. These ideas are opposed to the ones expressed by the Mechalance Elf. —Veteran Researcher's Report, Vol. 2

Evolved Flair
The mechanical lance you bear is lovely enough... But enemies should be welcomed with open arms rather than expelled. They'll never leave the forest—I'll never let them. —Guard of the Machinatree to Mechalance Elf