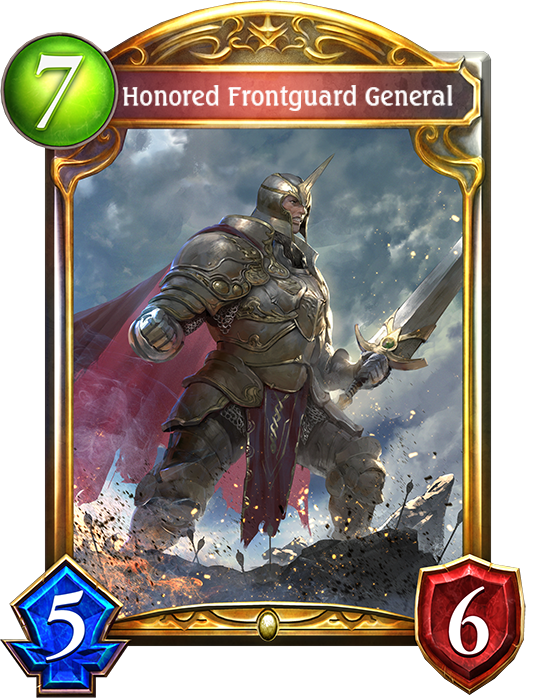 Base:Stats: 5/6
Effect: Ward.
Can't be targeted by enemy spells and effects.
Last Words: Summon a Shield Guardian, and give it +X/+X. X equals the number of times that allied followers have evolved during this match.
Evolved:Stats: 7/8
Effect: (Same as the unevolved form.)

Base Flair
We asked why he fights, why he's stood tall.
"The wicked forces encroaching," he answered while facing their onslaught. "Now watch me clear the way!"
His stance on the battlefield was all the explanation his actions required.

Evolved Flair
Thousands of blades, myriads of arrows, and millions of spells assaulted him. Yet he did not flee or throw his arms in the air. Trusting in his brother-in-arms, he flung aside fear and fought through to the very end. That is why we shout—to say look at these imposing shields.