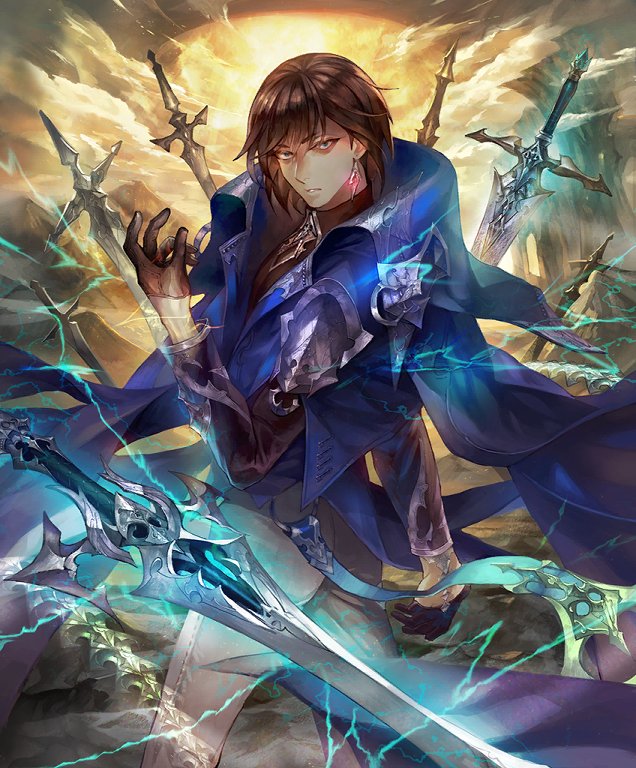 Base Flair
The righteous mage witnessed it for himself—a bane his sword could not break. An eye for an eye, a curse for a curse. The knight's two swords seemed to bring down a curse on the accursed beasts.

Evolved Flair
The wielder shows no mercy to those who would be cut down, for the twin blades that mete out curses on the accursed beasts. The justice he believed has long perished, but his determination is undying.