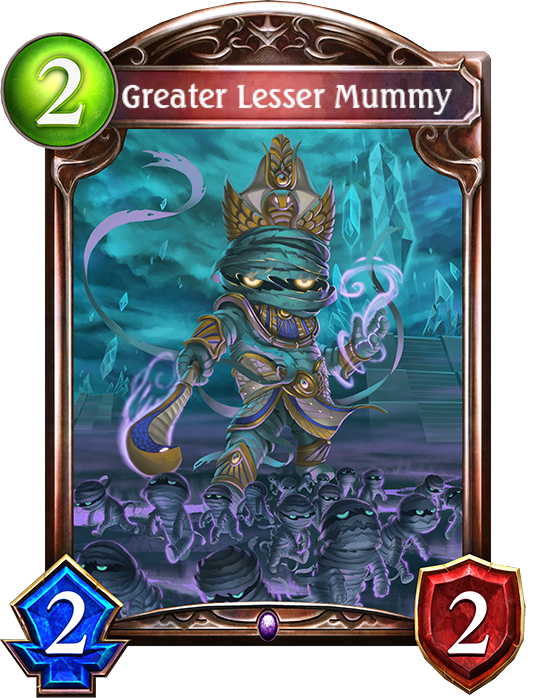 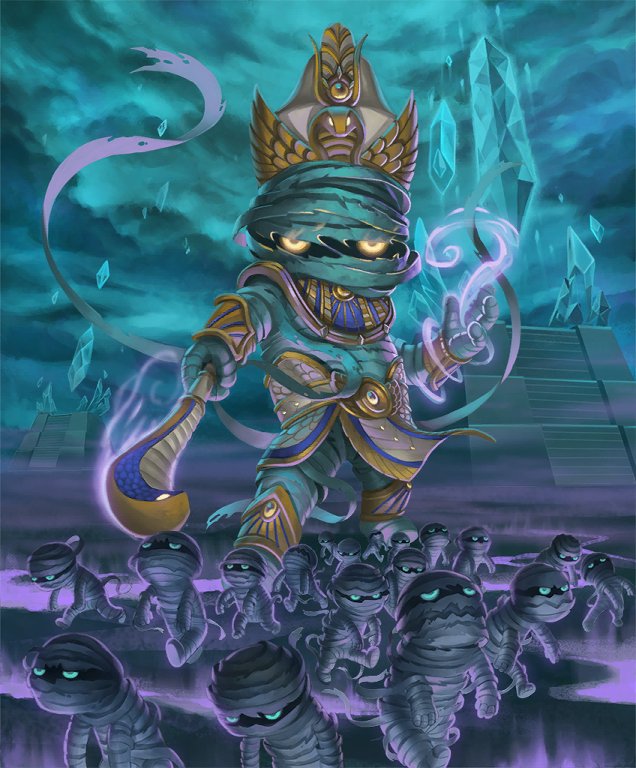 Base Flair
The eternity of death nourishes him to lead a legion of corpses. He is their commander—a silent king from a time forgotten. He spreads an ancient curse as silent as death itself. Rumors say that if he were to speak, his dignity would be lost to the sands of time.

Evolved Flair
A forbidden sarcophagus covers his face, and cloth swaddles his mysteries. He is the sole overseer. Yet he himself can never be seen, for a fear of the unknown secures his power. Rumors say that if he were to show his face, the facade would immediately crumble to dust.