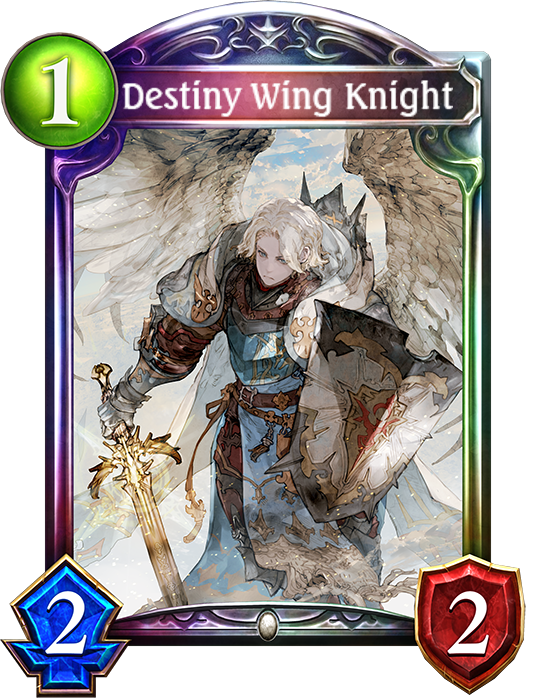 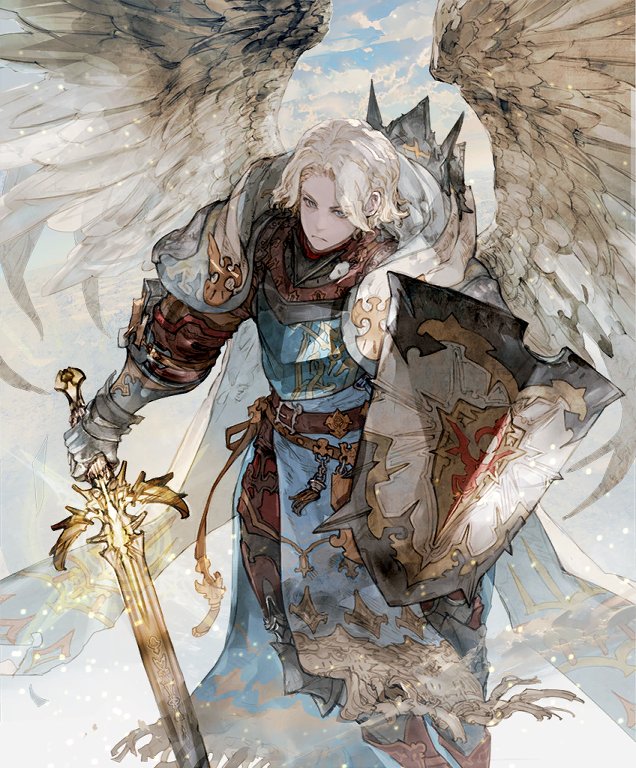 Base Flair
The warrior entreated heaven for the power to save the weak. Receiving it, he spoke as a holy messenger:
"Human, do not forget the extravagance of this power."
When the warrior forgets God, the wings on his back will carry him to heaven.

Evolved Flair
The warrior saved an uncountable number of the wretched. And they worshipped―not him, but the name of the lord God.
"Human, do not throw thyself into empty deeds."
The warrior continues to battle so long as he believes.