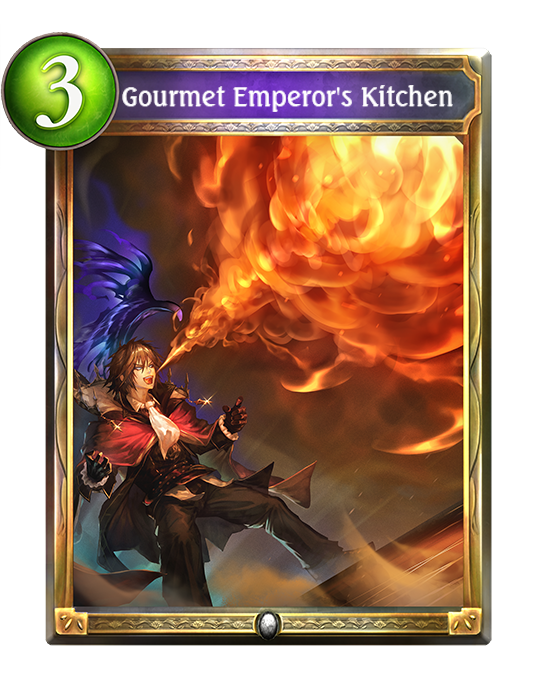 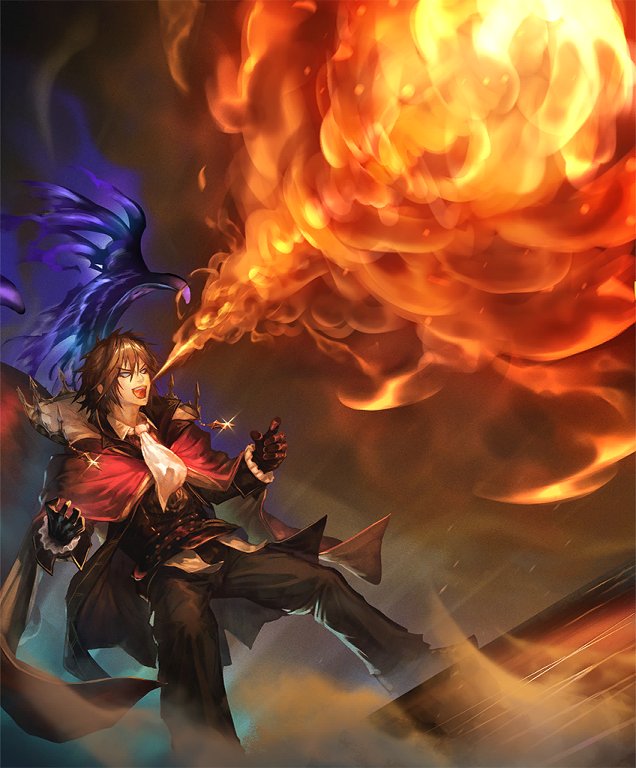 Base:Effect: Deal 5 damage to an enemy follower.
If you have more evolution points than your opponent, put a Flaming-Hot Fare into your hand. (You have 0 evolution points on turns you are unable to evolve.)

Base Flair
Let the cooking begin! Coctura integro! First a pinch of this, then a dash of that... And then... Unleash the flames! The oil's going to spatter, so spectators, stand back!
—Gourmet Emperor Khaiza