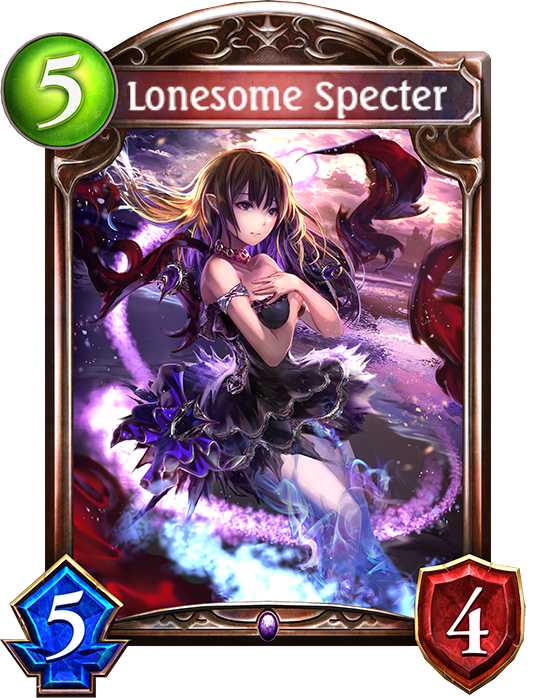 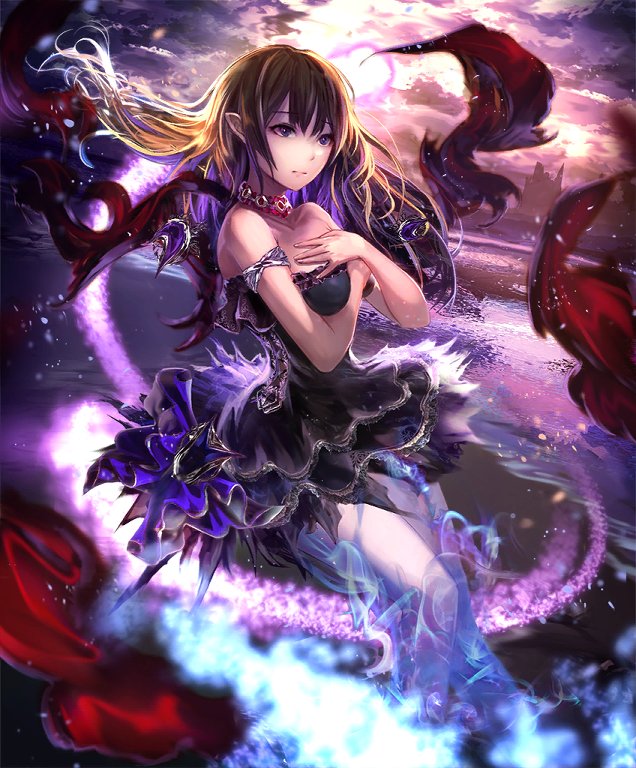 Base:Stats: 5/4
Effect: Last Words: Give your leader the following effect - At the end of your opponent's turn summon 2 Ghosts, then remove this effect.
Evolved:Stats: 7/6
Effect: (Same as the unevolved form.)

Base Flair
Just before they died, the twins swore to each other they would do their best to remain together, even in the afterlife. That wish was granted in the most twisted way. But indeed, there is no space for anyone to come betwixt these two souls again.

Evolved Flair
Upon waking, the spirit, sensing the presence of her other half, sets out in pursuit. From dawn till dusk, she searches, crying, "Where can my older sister be?"
From dusk till dawn, almost the same voice cries, "Where has my younger sister gone?"