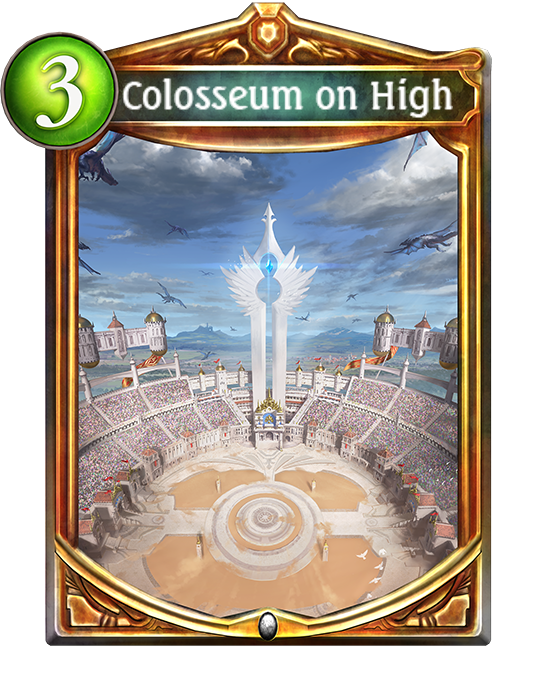 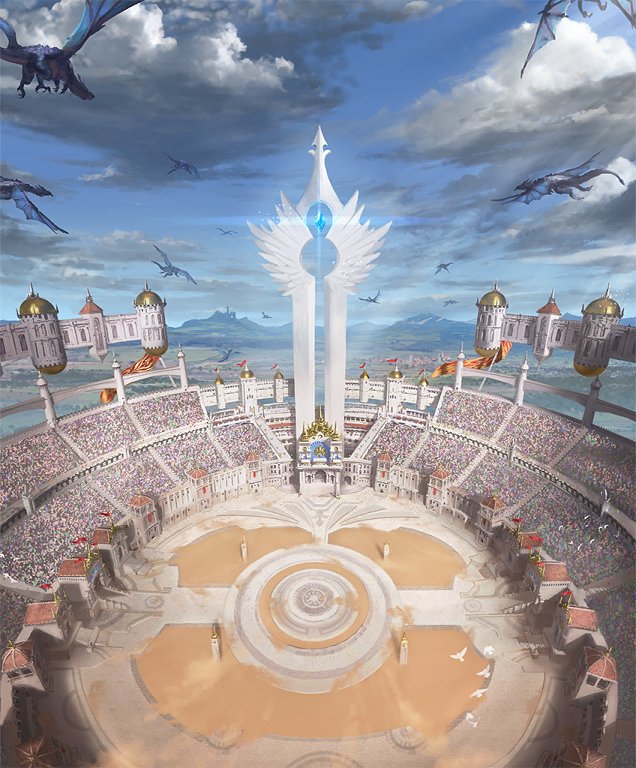 Base:Effect: Invocation: At the end of your turn, if you have at least 4 play points and there isn't an allied Colosseum on High in play, invoke this card.
Fanfare: If another allied Colosseum on High is in play, draw 2 cards and destroy this amulet.
Until this amulet leaves play, both leaders have the following effect: When you play a follower for the first time on each of your turns, give it +2/+2 and Rush.

Base Flair
A colosseum borne on the back of a god. The strongest of the eight realms gather here to bask in the admiration of thousands. With entire worlds at stake, there is no holding back—the entire colosseum breathes in a single, fevered rhythm.