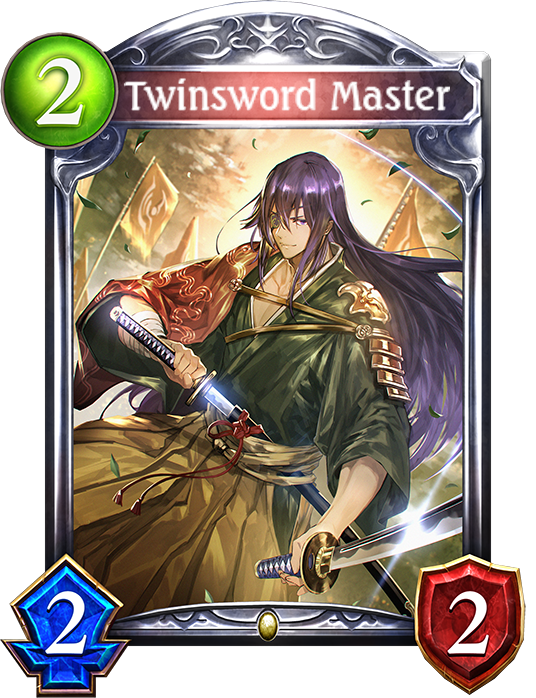 Base:Stats: 2/2
Effect: Fanfare: If an allied Commander card is in play, gain the ability to evolve for 0 evolution points.
Evolved:Stats: 3/3
Effect: Can attack 2 times per turn.

Base Flair
The shogun is replaced, and the long war is now in the past. At the start of a new era that wishes for eternal peace, antiwar laws are passed.
—Eiwa Era, Year 0: Antiwar Laws

Evolved Flair
The renouncement of war means that fighting will never take place again. Samurai are unnecessary in a world without war. The shogun orders them to abandon their swords and their names.
—Eiwa Era, Year 1: Peaceful Proclamation