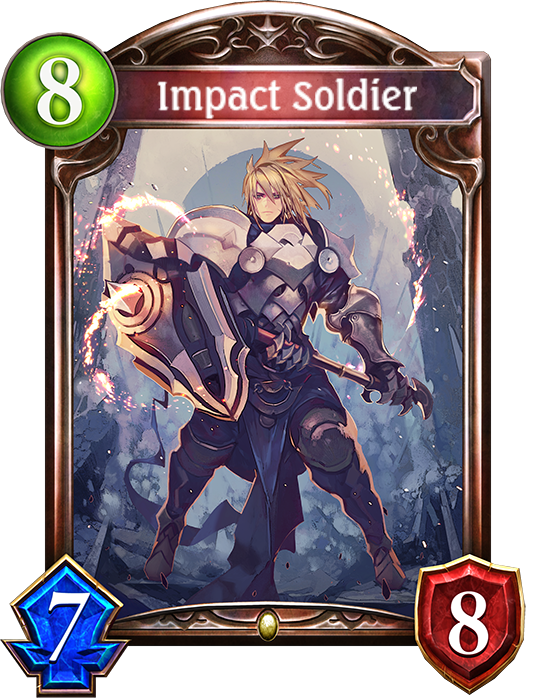 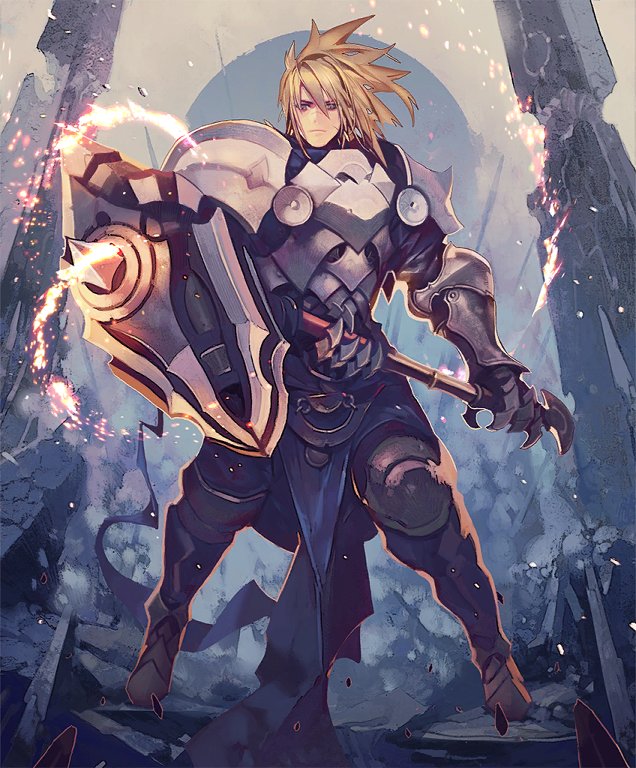 Base Flair
He once had a brother who took pride in his strength. That very same brother had his life eaten away by the flames of war. Now, wielding a weapon unintentionally passed on to him, he wades into battle and calmly states, "You're gonna feel the impact."

Evolved Flair
That boisterous laughter and those cheerful and carefree days have left him. Despite this, he has to continue on, reminding himself, "Lotta fightin' left. But I'm not out here just for me."