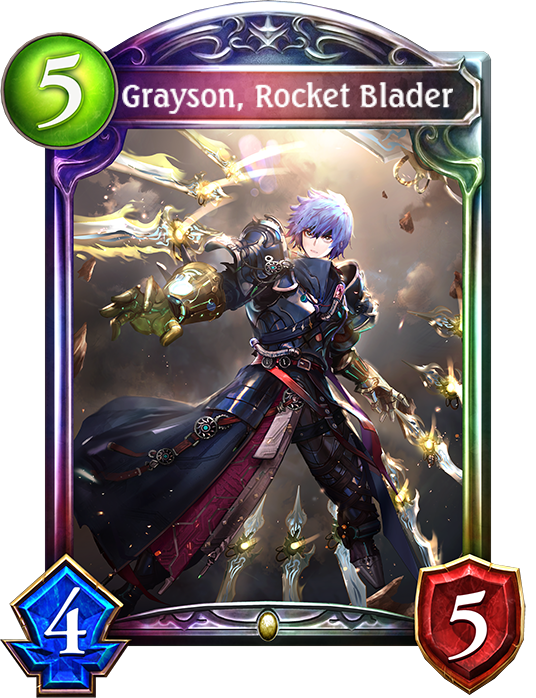 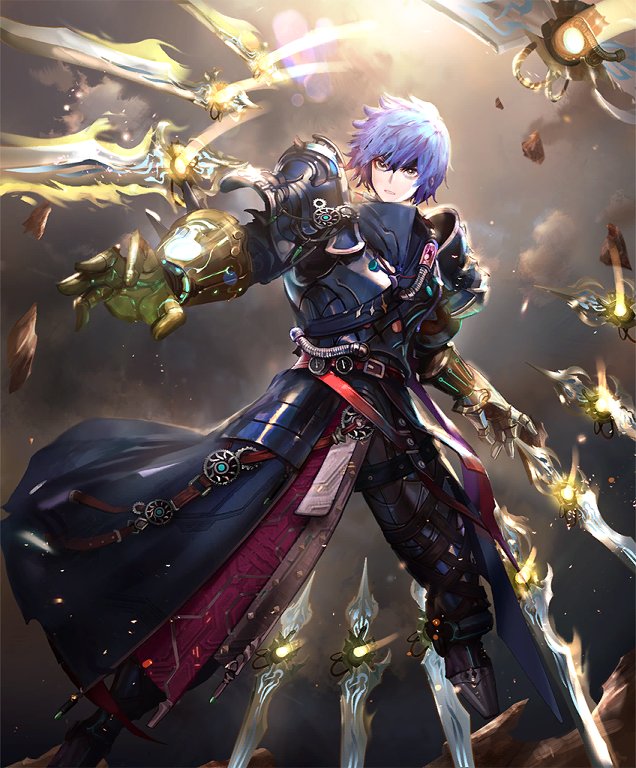 Base:Stats: 4/5
Effect: During your turn, when this card is added to your hand from your deck, reveal it and give your leader the following effect until the end of the turn: Whenever an allied Machina follower comes into play, give it +1/+0 and Rush.
----------
Rush.
Fanfare: Give your leader the following effect - Whenever an allied Machina follower attacks an enemy follower during your turn, deal 1 damage to the enemy leader. (This effect is not stackable and lasts for the rest of the match.)
Evolved:Stats: 6/7
Effect: Rush.

Base Flair
Relying on the brute strength of a single soldier, what an archaic strategy. These days heroes are made on the assembly line. Can you argue with such convenience? No. You can't. Now come—let us reactivate our future legend!

Evolved Flair
Harumph... To trust numbers alone—a foolish notion, that. Shave it down to the core and what's left? Hordes of listless troops? If you won't heed my question, then perhaps the business end of my spear will convince you.
—Patrick, Rhiceros Knight