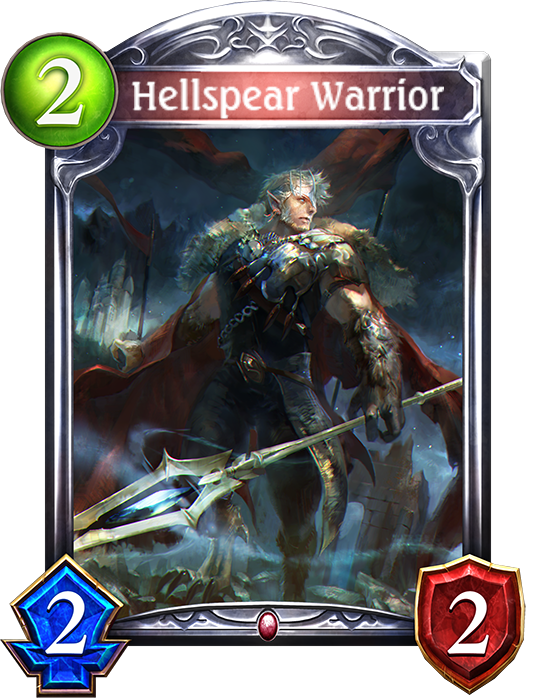 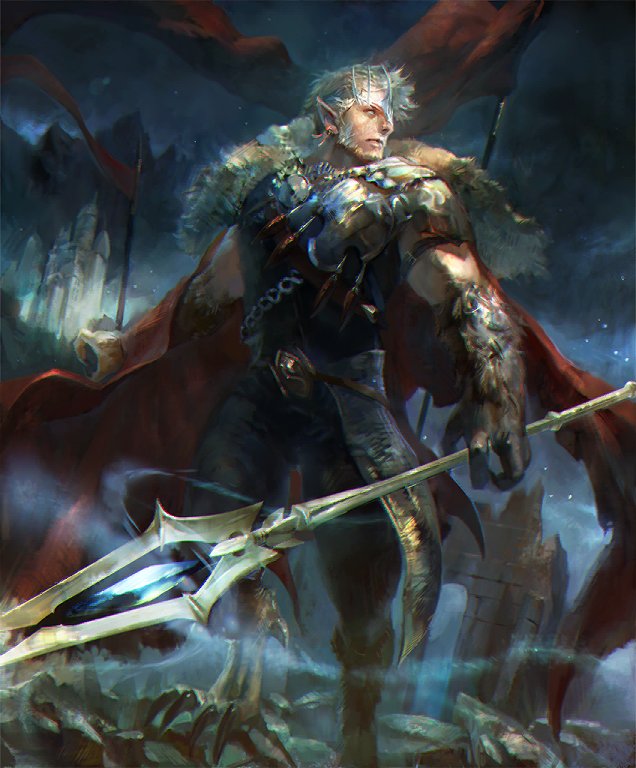 Base:Stats: 2/2
Effect: Fanfare: If Avarice is active for you, gain Storm.
Evolved:Stats: 4/4

Base Flair
In his arm resides demon magic. But in his fist rests a spear stained by demon blood. Though his flesh is corrupted by devilish influence, his will is to drive the devils' influence from this world.

Evolved Flair
The path of vengeance is treacherous and lonely—no more than a life spent hunted by demons and shunned by humans. His arm is tainted; his soul is weary. Still he does not let go of his exalted spear, which, in the moonlight, gleams like new-fallen snow.