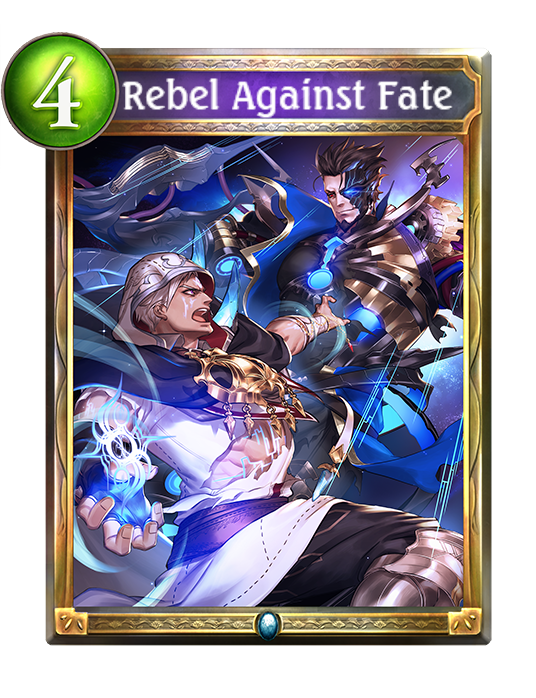 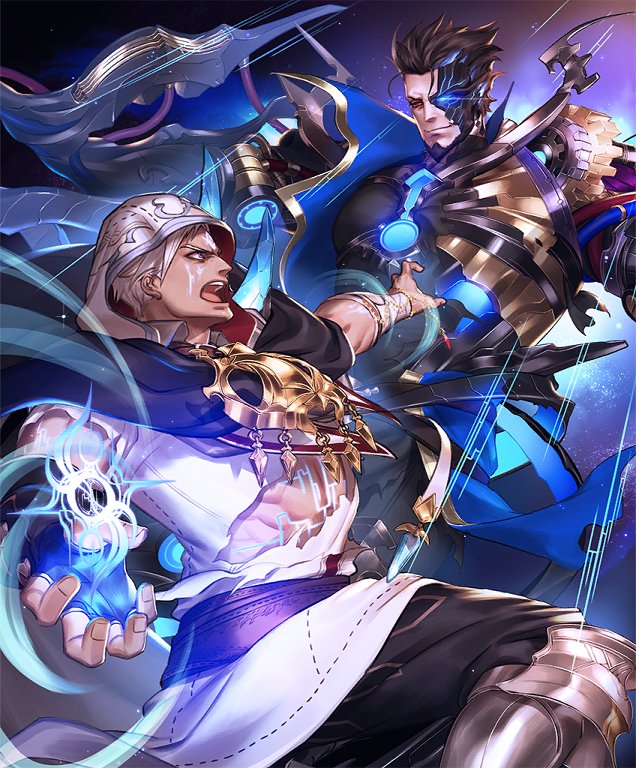 Base:Effect: Choose: Use play points equal to this card's cost and play this card as a Yuwan's Fury or Belphomet's Crackdown.
If Resonance is active for you, instead summon a Mystic Artifact and Ancient Artifact, and randomly put 1 of the following cards into your hand.
-Tisiphone, the Malignant
-Alecto, the Dissonant
-Megaera, the Indignant

Base Flair
The soldiers have gathered their courage; they are now ready to war against fate. A single voice rings out like a shot over the silent ranks. "The time has come to take up arms. Come, let us carve a path to the future!" The rebellion has begun.