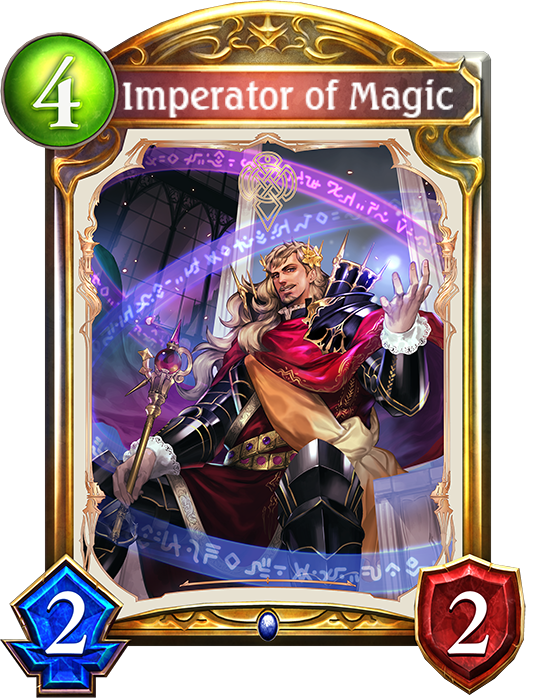 Base Flair
Kneel before The Emperor, the ultimate authority. His vassals are golems; his loyal subjects, factotums. With dignity, he reigns over them all. With but the crook of a finger, he has founded an empire—one built on magic's might.

Evolved Flair
He is a dominant force, ruling through the might of magic. Artifacts and incantations fall under his purview. He wields them with grace, setting his empire to rights. All magic resides within him, granting him supremacy.